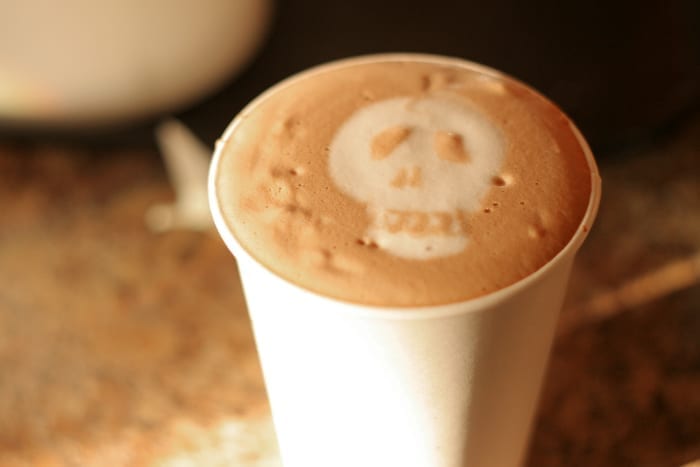 How full of crap is your product and brand?

(The Demonisation of the Food and Beverage Industry – an Australian perspective)

We recently conducted cross-continental research into clean eating. During this process a key theme bubbled to the surface. It was one that asked for honesty and transparency from brands and manufacturers. To quote one Thinker (consumer participant):

“I guess we’re just wanting honesty. We’re just wanting, I guess, someone that really cares about what they’re giving consumers. You know to me if a manufacturer puts in all these nasty preservatives and claims its fresh, and then, you know, it lasts in your cupboard for 3 months because it’s got preservative in it…  well, then, I just kind of think the manufacturer is just really not being honest.”

Having started my career – many years ago now 🙂 – wearing a technical hat in the lab with Goodman Fielder I do find myself quite often defending the food & beverage industry.

(I thought our fear of the microwave killing us was left behind decades ago.)

I feel a kind of angst and, like a protective parent, I want to launch into a rant at such ludicrous claims.

But I hold back.

Mainly in fear of being alienated by the earth mums at school who make such posts and believe in the raw & no processed food movement; those who overlook the science either through choice or blissful ignorance.

Why isn’t there more transparency around ingredients?

These posts do however make me question why the food & beverage industry are not more transparent about their ingredients, formulations and why they do what they do. Is it because the focus and energy is spent on

Are we afraid that too much knowledge makes a consumer too informed, or is the need to be truly transparent just something we have never given much thought?

From our clean eating research we learned that while consumers are all too aware of the perils of high consumption of sugar, salt and fat, convenience still reigns as King.

While some consumers – myself included – love the almost romantic notion of shopping at the local market each day for fresh and seasonal produce with the aim of preparing our food from scratch, the reality is the food industry and the evolution of processed food came about for a reason: we don’t have time for such natural, earthly tasks.

To quote one of our thinkers,

“I am not an earth mother, I don’t bake all the time”.

The food and beverage industry has given consumers choice.

If the needs and science is there, so should the choice

I have worked alongside some of the best food scientists in Australia, one in particular was Dr Ian Brown. He played a seminal role in the development of Hi-Maize starch, a key development that went on to be used in Wonder White bread.

While a naturopath may argue that eating white bread is akin to smoking a packet of cigarettes a day – I am of course exaggerating – the reality is many consumers don’t like wholemeal or wholegrain bread; my husband and 10 year old being 2 of them.

So if the need is there  – getting more fibre into someone’s diet who only eats white bread – and the science is there – enrich the white bread with fribre –  then these choices should be acknowledged and not demonised.

As clean eating becomes a norm and no longer just a trend the time seems right to let consumers know products are formulated to ensure they stay safe and fresh from factory to store to home. That certain ingredients are required to ensure an affordable product which can be consumed frequently.

There is an opportunity here to explain the nature of the ingredients used. That the “chemically loaded” ingredient list keeps moisture under control, making the product more palatable, while keeping bacteria and other pathogens at bay, so you don’t have to shop every day for fear of being poisoned.

There are many myths to be busted

But consumer scepticism, as a result of one too many food scares across the globe, especially in markets like China, have led consumers to be mistrusting of the industry as a whole. And on many occasions unscrupulous behaviour has created good reason for that mistrust.

The scares have fueled the thought that the industry is made up of a bunch of crazy scientists wanting to poison consumers with harmful chemicals so their companies can make big profits.

How can companies communicate what they do in a way which is seen as credible, non-biased, and non-agenda driven?

The simplest way is to ask the mistrusting, skeptical, myth-full consumers themselves.

Ask them the question

Watch Me Think recently launched and rolled out a new consumer led trend series. Trends told through the lens of the consumer instead of traditional data rich PowerPoints.

The first title Clean Eating – Is It the New Natural has just been successfully launched and subscriptions to the series are now available.

For more information on our Consumer Led Trend Series, or ways in which we can help you become more transparent and honest with your consumers, please contact us.