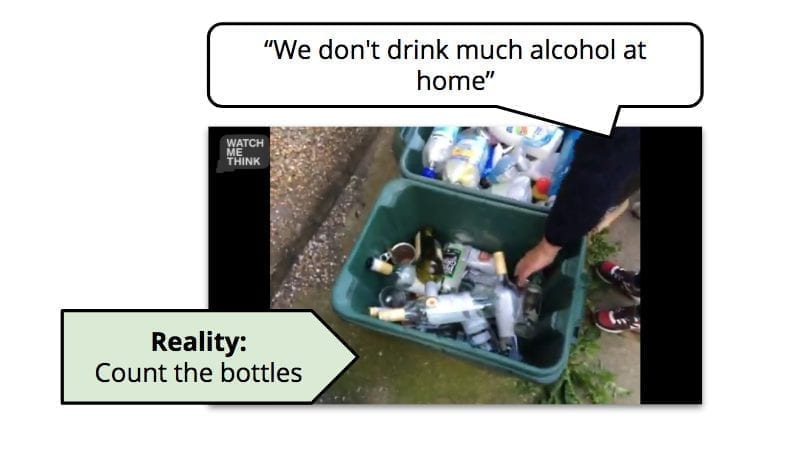 After 6 months of global experiments with clients, where our qualitative team have leveraged a new dual-screen/ self-review behaviour methodology… there is one very obvious conclusion.

Everybody, and I mean everybody, lies!

It is almost always not intentional.

But in every experiment, consumers demonstrated that they are, with few exceptions, incapable of being honest about their own behaviour – and that would’ve included me if I were in those experiments.

So if consumers lie to themselves about what their behaviour is, then it is a reasonably logical assumption that asking them further questions on why they behave in a certain way (that they don’t actually behave in) are rarely going to give you the answers you need to make good business decisions 🙂

Despite this, a huge amount of market research continues to be based on asking consumers to explain behaviours that they do not actually display.

We are not claiming this new approach is a silver bullet.

But it has proven to provide a unnervingly truthful opportunities to form hypotheses based on actual, rather than claimed behaviours.