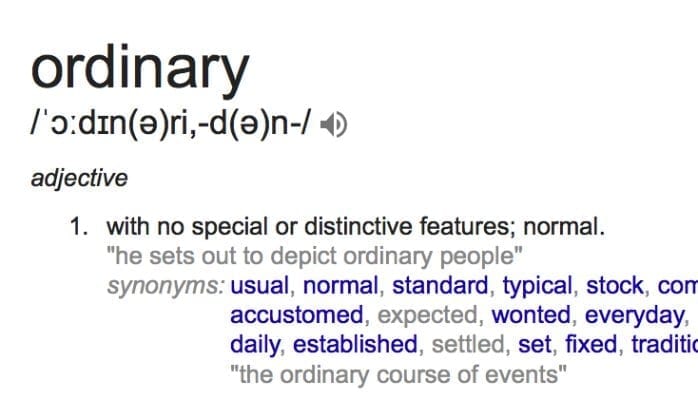 Finding wonder in the ordinary

No, that’s not a challenge to you when reading my LinkedIn profile, but a topic that Dave Trott blogged about today.

When remembering John Webster (creative director, BMP), Dave tells us how John looked to answer the question what are real people doing? to come up with ideas/insights for adverts that then went on to win major advertising awards.

Finding out what the real people are doing/saying is something that has always been plagued by difficulties.

What is a real person?

Is that what they really do/say?

Perhaps a real person could be defined as someone not working in your industry, someone not influenced by knowledge or blinkered into tunnel vision.

What they really do or say can be observed by making sure you’re observing them when they do or say what it is your interested in.

Asking them what they do or say normally won’t necessarily get you the answer.

Asking them out of context, when they’re not where they normally would be, is probably going to drive even less reality from the real person.

It’s all about getting as close to that reality as possible.

Something that we think about all (most of) our waking as we continue to develop Watch Me Think.

It’s great to see a blog from someone I admire so much, unintentionally articulating the answer to the question, what does Watch Me Think do?

The answer being we show what real people are doing.

And there’s plenty of value in that.