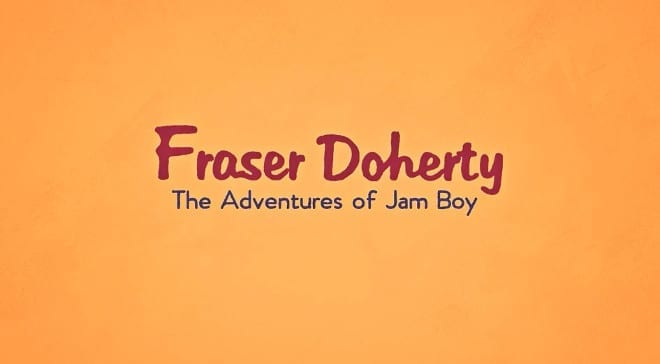 The SuperJam seed was sown when Fraser was 14 years old and taught to make jam by his Grandma. Fraser started selling his jam at farmers markets and local shops, before borrowing his dad’s suit and eventually pitching his product to Waitrose. A few attempts later and Waitrose finally agreed to stock SuperJam.

Fraser went on a rock’n’roll style tour around the Waitrose stores (so not that rock’n’roll), met the then Prime-Minister, got a medal at Buckingham Palace and was eventually also stocked in Tesco, Sainsbury’s, Morrisons and Asda.

He won the Global Student Entrepreneur of The Year award, proving that it is possible to make something extraordinary out of something as ordinary as jam. SuperJam also started running completely free tea parties in community centres and care homes across the UK, South Korea and US.

And what about Grandma?

Thanks to Fraser for letting us share this talk. What a legend.