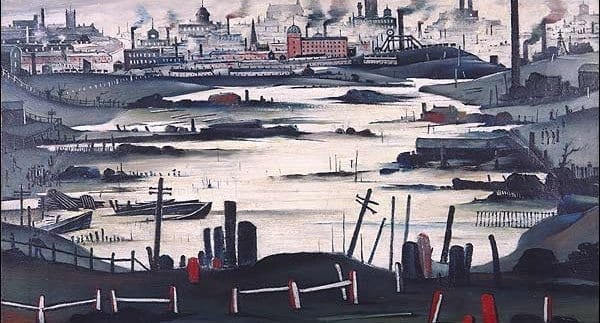 Why just imagine when you can also immerse?

Why just imagine when you can also immerse

I’ve been reading this from Craig Mawdsley at AMV BBDO every few days since it was first published, and it makes an important point: you need people in your business who can imagine what it’s like being someone else.

But imagination alone doesn’t cut it.

Imagination needs to feed off something, and if you imagine without knowledge then you’re setting yourself up to fail.

Even the legendary David Abbott (the A in AMV) prior to using his huge brain, first studied human nature by getting down to street level where he’d simply observe people shopping and chatting. In Abbott’s own words:

More facts, more understanding of place or people will drive your imagination.

Imagining what it’s like to work in advertising would be improved dramatically by either speaking with people who work in it, reading about it from people who work there, or observing them.

Peter Marsh helped British Rail top brass imagine what it was like to be a passenger, succeeded, and won the account.  Why wouldn’t you give yourself the best possible chance to imagine?

“We don’t need to know, we’ve got our imaginations” is all a bit post-truth, which is certainly of our time, but doesn’t make it right.

It’s how people produce ideas for people who are at all demographically distant from them.

The issue remains that, like it or not, lots of companies are simply producing ideas for people who are demographically the same as them – or worse: the same as their marketers or agencies.

Understanding why people vote in whatever way they do (or live, or get by, or treat themselves, or fly, or dance, or eat), gives us a better chance of not being taken by surprise.

For Brexiters, we can’t just dismiss them as irrelevant, smelly northerners beyond the reassuring moat of the M25.

We’re looking at something like half of our collective ship of fools. Not a handful of outliers. And we need to have a real understanding of who we’re sinking with.

This doesn’t have to be in the way Mawdsley derides in his piece. Showing perhaps more about himself than he realises in a suggested “move to Yorkshire to live in a shoebox at the bottom of a stagnant pond” or being a “factory worker living on a sink estate in Rochdale”. But it does have to be as close to real as possible, not just ticking a box after a focus group in Slough – we’ve moved on.

I wouldn’t ever claim to understand what it’s like to live in a world different to mine unless I have spent some time in it, or listened, or observed people in it. It doesn’t matter how good my imagination is, it has to be based on truth.

There’s another worrying narrative knocking about: advertising isn’t as effective or as creative as it used to be.

Is it because audiences are, as Craig says, more heterogeneous or difficult to reach now?

Or is it because agencies spend less time, or effort, in getting to know them?

That they rely on their imagination alone to fire their creativity and their interest. I don’t particularly like them, but I still care about how they spend their money.