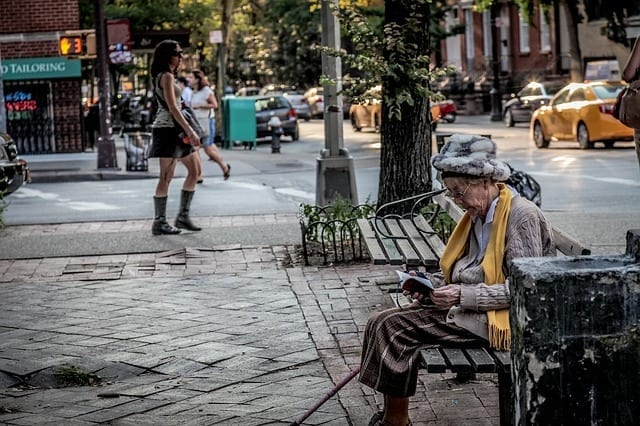 Consumer centricity: Why are we still getting it wrong?

It’s like trying to find hay in a haystack.

To find a CEO or a Marketing Director enthusing about a consumer-centric strategy here, an empathy directive there, a desire to put the consumer at the heart of everything, everywhere.

“A strategic priority for management is consumer-centric growth”

So common are these utterings, that you’d think that this was a problem solved.

You’d be easily forgiven for thinking we’re riding high on a gleeful wave of consumer centricity.

That the consumer is in for a lovely time. Brands understanding everything they do. Able to produce products, communications and adverts that speak to them. Fully cognisant on how and why they, the consumer, behave the way they do.

But that’s clearly not the case.

In fact, it seems like our collective knowledge of consumers (people) is getting worse?

That the empathy gap is growing, not shrinking.

Is it possible we’re reaching the end of empathy at a wider societal level?

“What remains the same is our focus on deeply understanding how consumers live, work and play so we know precisely what they want”

Certainly, if the modern world is anything to go by (the shock of Trump, the surprise of Brexit; both appealing to the unheard masses) the empathy gap is an illustration of how badly we can get it wrong, and as such companies are just reflecting what is true in wider society.

Yet with all this big data, surely this shouldn’t happen?

Could big data actually be to blame?

Does anyone actually care anymore?

What does the consumer know anyway?

“Get closer than ever to your customers. So close that you tell them what they need well before they realise it themselves”

I think the reason for the empathy gap lies in one of 3 things:

Ever been on Amazon? On Spotify? On Netflix?

Those algorithms are working hard, but by their very existence are they removing your ability to think wider?

With everyone being told what they like, our outlook is becoming narrower, not wider.

Are you on Twitter? How many people do you follow who you despise, whose opinions you actively disagree with? I would wager that in most cases it’s a low number. You follow people you agree with, you block those you don’t. Narrowing your outlook even further.

Read the same papers you’ve always read? Get the news from the same outlet? All narrowing.

All these factors make you less likely to understand people, and more likely to believe that what you hear, listen to, read, watch, is the same as everyone else.

You don’t know the consumer, you know you.

People are definitely saying it. No question. Look at all the quotes in this article that I found with just 10 minutes of searching the web.

But simply writing it in an annual statement, or telling it to the umpteenth journalist, doesn’t make it happen.

It is companies saying they’re consumer-centric, over and over, brainwashing themselves into such a belief while never actually carrying it out

Now, where have I read about that before? 😉

Best as I can find, consumer centricity is defined as:

Which gives zero clues as to how to actually do it.

For some companies just harvesting data and ensuring that they know what the consumer does, is consumer-centric.

For others, they may be asking questions that the consumer does not know the answer to.

Messrs Ford, Jobs and Bezos were all right. And equally wrong.

The consumer doesn’t know what they want. But that doesn’t mean research can’t identify the need.

If you do bad research or the wrong type of research, then you won’t get the answers that matter. Instead, look at the problem and identify what you need to know.

“The company is taking an entrepreneurial, “test-and-learn” approach to growing and scaling a consumer-centric beverage portfolio”

A good example of bad research: the BBC has a programme called The Customer is Always Right. Entrepreneurs get to see what people think of their products… on national TV. These are people who know they’re going to be on telly. Who’ll tell their friends. Who will be forced to give an opinion. Who will over-do their response.

Sure, get them to test and use your product – but in context, not out of context.

Big data has given us access to more information on what the consumer is doing than ever before, however it is not solving the consumer-centric conundrum.

For that, we need to think about observing actual consumer behaviour as well as, not instead of, big data.

The right combination of data and thick data is the one that needs to be explored.

The results of which would not only be improved commercial growth, but also a more empathetic, more understanding, and, dare I say, better society.

Not a bad side effect all things considered.

“We have a new vector around empathy and how we think about communities in the digital age. Empathy allows us to ignite a social movement for good”