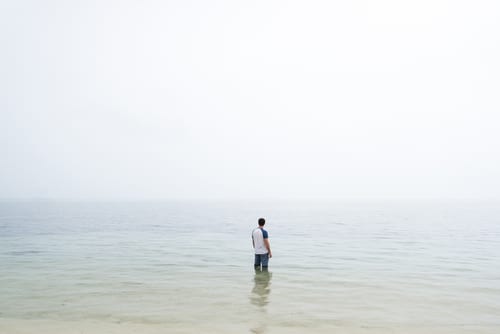 “We accept the reality of the world with which we’re presented.”

It’s a line from the 1998 film The Truman Show – the story of an insurance salesman who slowly discovers that his whole life has been a television show.

A work of fiction that is precipitously and painfully close to real life. Because all the things we often perceive to be true, may not in fact always be entirely true.

Take, for example, a panel respondent of ours. A lovely lady who once said in a video that she’d bought a stonebaked pizza because it’s healthy. When I show that film at conferences, the audience laughs.

But it’s a classic symptom of our truth bumping up against someone else’s perception of what they believe to be true. Healthy can mean so many different things to so many different people. It doesn’t have to be a quinoa salad from Waitrose.

What is true is our own personal-reality can at times be a work of fiction – just like the stonebaked lady – as we create our own comfortable and safe Truman-esque world.  It’s a world that can be jarred at times by observations that don’t quite fit in with our perceptions. Somethings that are at odds with the grain of our truths.  So we tend to avoid rubbing up against it. We ignore the awkward injection of an alternative perception/reality. Because we much prefer the safety of the one we’ve come to know.

In marketing, we know that this can be a serious flaw. Yet most companies are feeding themselves truths that do not exist for many people “out there”.

Many of these same companies are aware of this… in theory.

We can’t change our immediate worlds. Our companies can’t suddenly employ a radically diverse cross-section of cultures, ethnicity, status, life-stage, shopping, income, media consumption. As wonderful as that would be, it’s not practical. Our teams cannot possibly hope to represent all the people we’re targeting for our campaigns, new products or services.

Thing is, it shouldn’t really matter.

There are (easy) ways to bring in the truths of others.

But the first step is for companies to be brave. To acknowledge yet another truth: that they aren’t yet consumer-centric. That it’s perhaps time for them to look again at their research methodology mix. To recognise the scale of the empathy gap. To seek out the truths of others without sneering at them (because that’s how it can sometimes come across).

Going back to the Truman show, there’s a stage in Truman’s ‘awakening’ when he begins to suspect that things might not be all they seem. That the reality around him isn’t as real as he once thought…  I think we too are waking up. We know that, at times, our version of reality can be different from the person on the other side of the street. But unlike the film’s central character, most of us are less willing to cast off and bump up against the edges of our own perceived reality.

In the final scene of the film, Truman has the chance to exit the set, to walk through a door on the horizon, and embrace a different reality.

The TV producer, who had engineered Truman’s illusory life from birth, tries to talk him out of it. He tells Truman it’s safer to stay where he is.

You’re also at a door. You also have that same choice.