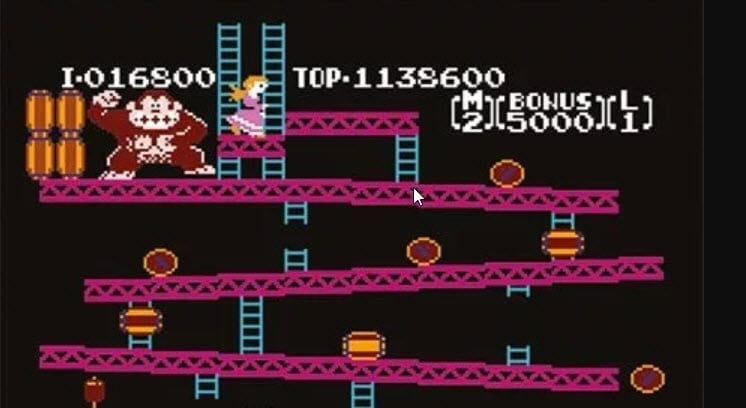 The100: chimps, humans and Donkey Kong

“That’s my birthday too!”

Ever met someone who has the same birthday as you?

Thought it a bit of a coincidence?

Well, if there are 23 people in a room there is  >50% chance of 2 people sharing the same birthday. Take this brilliant interactive birthday paradox for a spin yourself.

You know all those trend reports that companies just love to send your way – just to show how great they are, of course?  Well here they are all in one place.

Note: there’s a lot of overlap (which is good).

Personally, this all gives me the heebeegeebees.

There are trends everywhere. In everything.

If you presented 3 trends to a chimp, they’d as likely get 1 right every single year. If that was a human, we’d think them a genius. 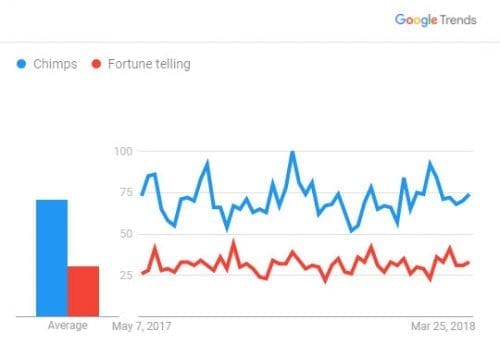 We often think that collecting as much information as possible will help us make the best decisions. Sometimes that’s true, but sometimes it hamstrings our progress. Other times it can be flat out dangerous.

This is a 6 min read to help you make better decisions.

So first decision coming up – should you read this? Decision: Yes.

They made a person in some contraption fly in the air, and no-one batted an eyelid.

Things that are instantly adored are usually just slight variations over existing products. We love them because they’re familiar. The most innovative products – the ones that truly change the world – are almost never understood at first, even by really smart people.

I feel less bad about the amount of people that read my emails now.

One of my favourite films, The Big Lebowski, is 20 years old, and the Washington Post went back and asked the critics who panned it back then, what they thought now.

How opinions change! Think we wrote something about that somewhere 🙂

Another thing that has changed is the holder of Donkey Kong’s highest score.

It seems there’s been some cheating. One of the best documentaries of all time has just had a barrel thrown in its works.

Not the football one, but Transit Maps – yes there is such a thing!

The final took place this week between Moscow and Santiago, with London in a third place play-off with Boston. You can find out who won here.