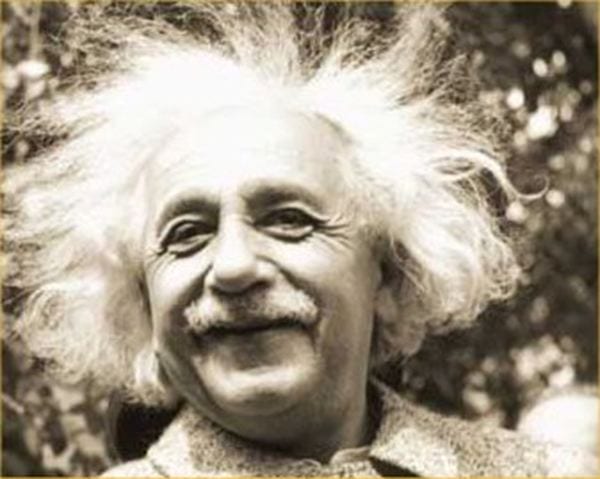 The100: Dehumanisation, Einstein and Sushi

Emmet O’Briain gives us a well-thought-out piece on the dehumanisation of research. It’s a must-read for anyone in research.

Or in a job, for that matter.

My favourite quote came from Richard Huntington (of Saatchi and Saatchi stock):

A lack of genuine connection with people’s lives. A research industry that doesn’t understand insight. Planners that can’t think outside the ordinary. Creatives that live in a world of cliché… I welcome any research agency with open arms if they can genuinely tell me something new and insightful. Not my standard experience.

*Cue the sound of me frantically emailing Richard.*

And also this from Erika Hall:

No one spending $50k or even $20k on a new car would pick one without plenty of qualitative research, so it’s strange that those same people would eschew research before investing millions of their company’s or investors’ money in an idea.

The slide that killed 7 people

We’ve all heard of Death by PowerPoint. Well, this PowerPoint slide legitimately led to the deaths of 7 people on the Columbia space shuttle.

Its combination of too many words, bad bullet points and fluffy title all caused a miscommunication on the actual risks posed to the crew. Awfully bad decisions can come out of truly bad comms.

It doesn’t take an Einstein

The great physicist once said:

Josh Spector breaks this down a bit more. Here he offers 8 steps to better define the problem.

Brian Solis writes on Forbes about customer experience and the problem with uninspired quantification.

We’ve become too consumed by our ability to measure on a linear scale, to view experiences as conversion rates, NPS scores and other metrics that fit neatly into an analytics dashboard. As consumers, we are famously bad at recognizing, and quantifying, our own emotions. The world is littered with examples where self-assessment and direct feedback have led to brands making decisions that ultimately made their customer experiences worse, not better.

After a year of KFC smashing it in the media, this goes and happens: A South African man arrested due to eating free KFC for a year. He’d been pretending he’d been sent each time by HQ under the guise of quality control. Ace.

Surely the folks at KFC can play on this?

The conveyor belt of life

Continuing the food theme, in this short film, someone has placed a GoPro on a sushi restaurant’s conveyor belt. What you see are truly evocative vignettes of Japanese life.