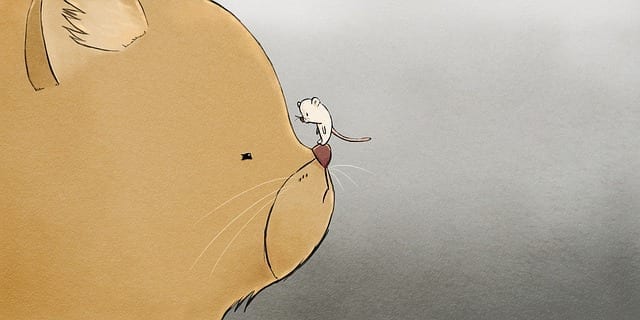 The100: Empathy, the I’m-not-biased bias, and magic phrases

You can’t solve a problem that you don’t understand

If it’s just going to be the one thing you watch this week, take 10 mins and make it Mark Ritson dissecting P&G’s Febreze marketing strategy. He absolutely nails it.

Our biases are biased

It turns out that our co-workers probably know us better than we do.

If I want to get a read on your personality, I could ask you to fill out a survey on how stable, dependable, friendly, outgoing, and curious you are. But I would be much better off asking your coworkers to rate you on those same traits: They’re often more than twice as accurate.

Adam Grant (The Atlantic) summarises what we can do about it: 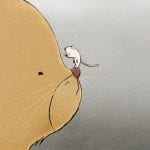 If reason is designed to generate sound judgments, then it’s hard to conceive of a more serious design flaw than confirmation bias. Imagine […] a mouse that thinks the way we do. Such a mouse, “bent on confirming its belief that there are no cats around,” would soon be dinner.

A nicely constructed article by Elizabeth Kolbert in The New Yorker seeks to understand the condition of the stubborn mind. Why it may have been actually evolutionarily beneficial to how we cooperate socially, or perhaps (or as well) because it just makes us feel good.

Our  empathy skill is collapsing

If you wanted to design a system to break empathy, you could scarcely do better than the society we’ve created. […] For the past four decades, psychologists have measured empathy. The news is not good. Empathy has dwindled steadily, especially in the 21st century. The average person in 2009 was less empathic than 75 percent of people in 1979.

Some of you may have heard me bang on about this growing empathy gap already – but is there a chance that we can engender a revival?  Jamil Zaki, an associate professor at Stanford, explores whether immersive technologies may have the answer.

A nice contrast to the Hotel 22 bus featured in Zaki’s article above are the bus rides around Plymouth (UK) – everyone on board wants to chat in an effort to stop loneliness.

The importance of people is again underlined in a publication on the high velocity consumer (PDF) from WGSN.

We’ve mentioned this before, on putting words in mouths that were never there, but it’s now moved to video. It’s a little bit scary, and I want to confirm that we have no plans in this area 😉 but researchers explain how they can make/show people saying whatever they want in videos.

Mind you, survey companies have been getting people to say what they want for years… and forgive me if you’ve seen me pushing this video before – but it is just SO GOOD 🙂

I’m not sure this is for you, but here are 9 phrases here to help you be more persuasive. I bet you’re a bit like me in being a little sceptical that these actually work, but just take a second and imagine if they could be useful.

Of course, it’s how you say them that counts. The all-important balancing act of messaging and tone of voice – credit @adamklevy & @mattsurely: