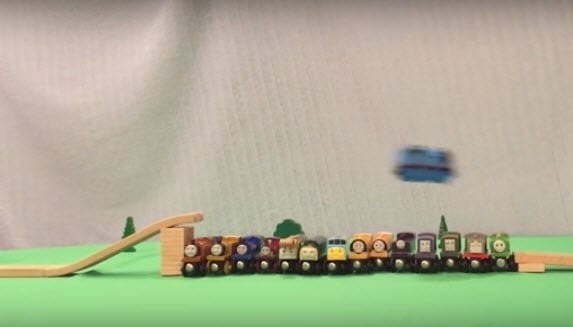 The100: Evel trains and the importance of zero

A little amuse-brain there from Daniel Patrick Moynihan via Shane Parrish. Love it.

It’s that time of the year when best-of’s and year-in-reflection’s start appearing, and we’ve got 2 that we particularly enjoyed.

The past is something we selectively remember, so this customisable article on the technology world you grew up in is both fascinating AND a good example of how data can be used to greater effect when it’s personalised. Also ace for settling arguments about what happened when.

Start with 0, or start wrong

Back to data and a presentation from BBH Labs about which numbers really matter in marketing. It’s a must read for anyone involved in this space.

Who said science was boring?

Google maps has not got lost in space. It’s pretty creative – especially the glimpse into what life is like inside the ISS – all handles and suction?

However, if you have 96 mins – I know you don’t, but just in case – Scientific American, together with Story Collider (great name) released a video of scientists speaking on the nature of imagination, intuition and inventiveness: The Mad Science of Creativity.

Finally, who doesn’t want to see Thomas the Tank Engine do stunts? Just needs Ringo Starr to do the voice over and we’re all set.