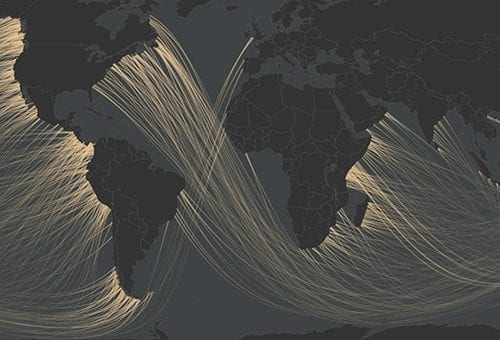 The future is here and being created in Seattle.  And if it isn’t they will make history say it was just so. If you want to be even more nervous, have a listen to the 50m Audiolab podcast at the bottom of the article. This is all about copy/pasting audio, or even just typing a new word, and the audio being reproduced in the speaker’s voice. It’s insane, and brilliant, and very scary.  It’s photoshopping for audio. “…the people developing this tech are frequently myopic about its potential repercussions” So, in the future, you really can get the research respondents to say what you want… Given our tagline – Everybody Lies – keep up, keep up – we’re all over this.

So continuing this theme our next event on 11 Oct in London is called Fake Views. It explores similar themes of what is real and what isn’t and the tools and advice to see through it all. Early Bird prices ended 31 July – but as a 100 subscriber you can get a 33% discount using the code “hellyea”. Holy moly.

Ian Leslie – who spoke at our previous event on the Power of Storytelling – published an excellent article called The Death of Don Draper “Now that people carry media around with them everywhere, advertisers have less incentive to create memorable brands. Instead, they concentrate on forcing our attention towards the message or offer of the moment. The ad business doesn’t care about the future of its audience, only its present. That has had far-reaching consequences.”

“Of course they’ll know how to open it!”

There’s this great thread going on on Twitter asking What‘s something that seems obvious within your profession, but the general public seems to misunderstand? Eg Anyone interested in chatting over a coffee about this and MRX?

A Dollar Shave Club ad that is bewitching stuff. I love it. Fully showing the power of observation when captured on video. And while you may balk at some of what you see, you can be sure others will be thinking it’s completely normal. That’s what makes it ace! And exactly why people should never think just because they do it, it doesn’t mean everyone else does too.

This  from an old article resurfacing via a recent tweet: what you ‘see’ from an ocean  beach. And for the more curious amongst us here’s more detail with BIGGER MAPS [rubs his hands together]. And thus to the sound of maps – and it’s not just the sounds – or the map – it’s the immersion in history – h/t How We Get to Next.