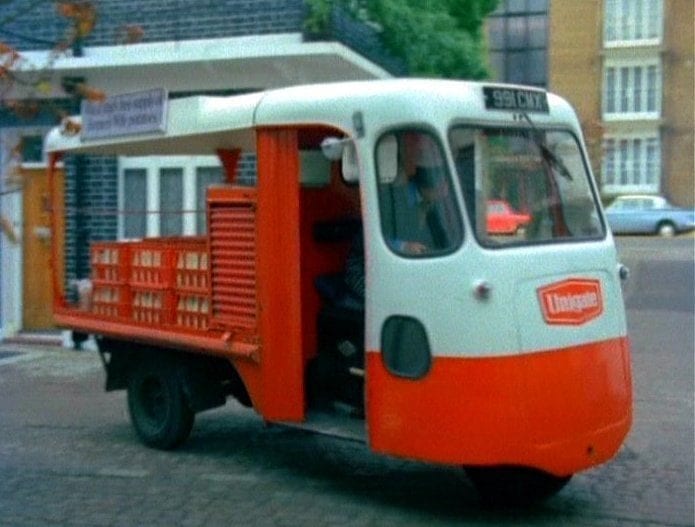 The100: Innovation lessons, diplomatic rebels and our Jack

There is a marketing festival in Prague next year which is called, errr, Marketing Festival.

The time they saved coming up with the title must have been put into curating the speakers, because the line up is pretty special with Tom Goodwin, Helen Edwards, Binet & Field and Vikki Ross all there.

If you can’t make it to the lovely Czech Republic, then have a watch of the 1 hour (yes, 1 hour) documentary they made. Gems include:

Organisations become obsessed with efficiency rather than effectiveness… The Kraft Heinz thing, they have been chasing efficiency like many businesses… To the point where they were not investing in their brands long term appropriately enough and suddenly you wake up one day and your brands are seriously weakened, you start to lose pricing power – Binet & Field.

Get yourself to a meeting room for an ‘important’ conference call, plug in your headphones and watch the whole thing.

Flick to the bottom of the article if you just want to see the list, but if you have a little more time then the top section on Lego:Ideas is really very interesting.

I particularly liked this point:

Be disciplined. It is fine to do a lot of experimenting but make sure each experiment is testing a hypothesis and that you learn from each one.

?  We see a lot of this in innovation, with companies pushing out products but not learning from the launch. Which is why we created our new Post Launch Consumer Review methodology.

I loved reading about this dream futuristic situation:

A fleet of electric vehicles, delivering local, organic produce on a next day/subscription model, with payment after delivery, no single use plastic and daily recycling.

Until I realised they were describing the UK’s 1970s milk float. Progress ?

The not so super

2 of the major supermarkets in the UK recently made some sizeable backtracks. The first was Sainsbury’s putting the tills back in their till-free store and the second was Tesco closing one of their discounter stores, Jacks.

Blue Apron used to be one of the big boys in the US meal kit industry. In 2015 they were valued at $2 billion. Life was good. Yet, fast forward 4 years and that valuation is now at $88.7 million. A decline of more than 95%.

Had they not properly understood their customers’ motives?

This is the history of their souffle rise and it’s punctured fall.

Sniff the air. That’s a downturn you can smell. And it is coming our way. The fatuous, nonsensical garbage that has passed for good business strategy is about to get found out and rejected. WeWork is our Enron.

Note: There was a piece on Medium that I was going to insert here on whether or not WeWork is a fraud. However, the post has since been removed from Medium. Interesting…

An office you can’t refuse

This article suggests it’s the young who are driving the changes to office life. What do you reckon?

From my experience I’d say everyone is. Our first young employee, Jack – whose story I wrote about on LinkedIn – certainly didn’t make such demands. However, saying that, he has just requested a 3 month sabbatical…

Which reminds me, do you know anyone near Hampshire (UK) looking for a 3 month cover contract from January?

I do like the idea of not having my phone for a day (or hour maybe), especially after seeing Eric Pickersgill’s photo series where he removes the smartphones from photos. Slightly creepy and mildly disturbing.

And finally, if you want to take the pace out of your day and enjoy some proper craftsmanship, then watch this lovely film of Julian Baumgartner restoring a master painting. You’ll be more relaxed afterwards – the sounds are a delight. Promise.