Trusting your intuition is something we’re often told to do.

It’s romantic even. The idea that we can ‘just know’.

However, this is ceremoniously debunked by Koen Smets.

(Sitting in Amsterdam Airport after 2 packed days at IIeX – processing the above is like trying to mentally chew a gobstopper.)

What is clear is that our intuitions might be hampering our ability to understand something. Potentially leading us to the wrong conclusions. And, somewhat counter-intuitively, seeing data can actually exacerbate the flaws in our intuitively made decisions. For example with Lead Time Bias:

Nick Childs writes about personalisation and ponders why talking directly to one single consumer has become the holy grail.

I particularly enjoyed the argument that us humans are in fact more similar than different. And, as a result, we should be identifying what unites us, finding insightful ideas that speak more broadly to a wider audience.

Earlier this year The Drum quoted millennials as having the most spending power of any generation.

Turns out that claim is complete and utter bobbins.

The Ad Contrarian delves into the dark arts of marketing and how such fiction becomes fact. 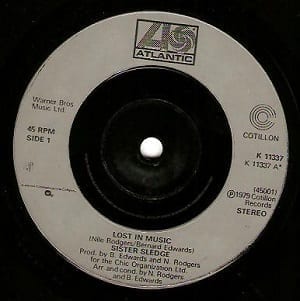 A wonderful piece of writing from Ian Leslie on today’s choice paralysis when it comes to television and music. How we’re overwhelmed by the challenges of knowing where to start. How to assign priority. And how, more often than not, this ends in no decision at all.

“Music lovers used to travel for hours to track down a record they might have heard only once, late at night, through the crackle of the airwaves.

When they found what they were looking for, got it home and dropped the needle, they paid attention with every fibre of their being. The music would infuse into their bones. Lifelong love affairs would spark into being; future innovations would be born.

How often do these epiphanies happen now that everything presses itself upon us?”

Ian optimistically calls the psychology behind all this an ungrasped opportunity – especially for all Brand owners out there perhaps?

…while the Hills are Alive

It’s not just the views. Yellowstone National Park has a rich tapestry of sounds and they’ve decided to release a catalogue of them all. My personal favourite: fountain paint pot. What fun.

This was always a great song, but slowed down I think Dolly Parton’s vocals sound even better. I’d wager any number of cakes you’ll agree. Absolute magic.

For anyone who watched the jarring Fyre documentary on Netflix, some smart people at Shutterstock have remade the festival’s multi-million dollar promo video. Only this time just using stock footage. Very clever indeed.