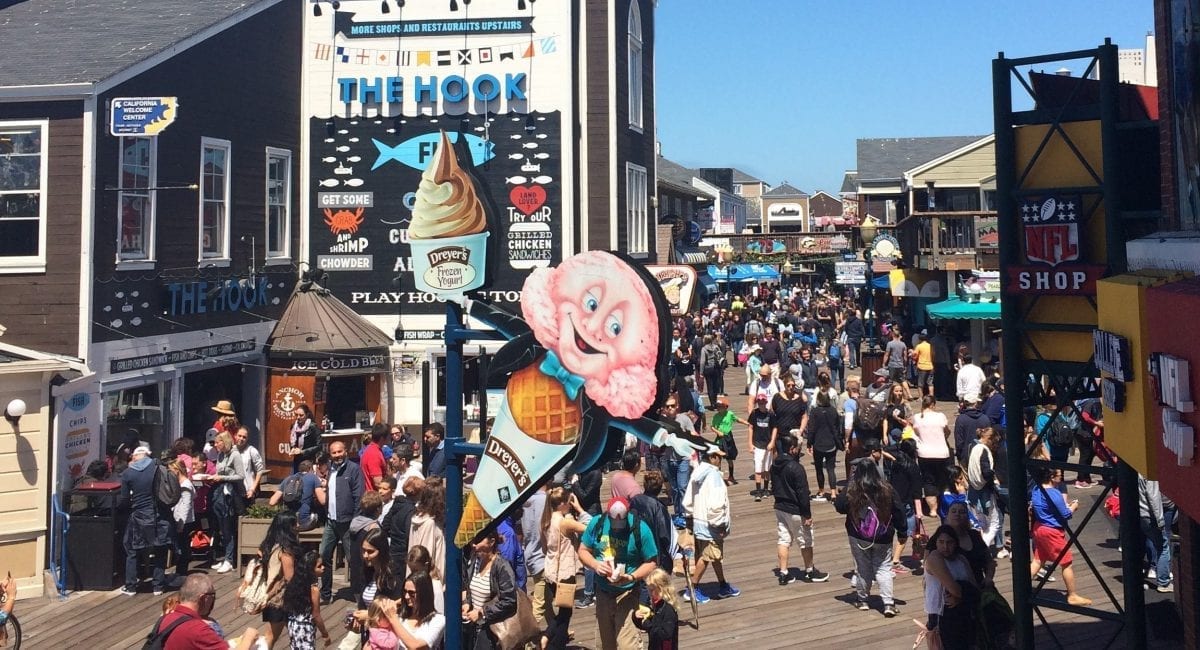 The100: Mattering not Marketing

Keith Weed writes about what won’t change in Marketing in 2017, and focuses on how putting people first has made an impact at Unilever, specifically in their advertising campaigns. Where some lead…? It ends with a fantastic quote from former Havas CEO David Jones, ‘it’s not about marketing to consumers, but mattering to people’.

It’s a (relatively) long, but great article by Ian Hislop who is on terrific form writing about the Age of Outrage and why we are so quick to take offense – with some specific reference to the echo chamber of social media.

Listen to near enough anyone inside the huge echo chamber that is the London Orbital Road and they’ll picture Brexit as a coming apocalypse. This video, made in a town outside of that tarmacked halo – and where it seems like a form of the apocalypse got an early showing – shows a startling contrast. It shows that everyone has their own echo chambers. And to understand motivations, to gain insights, you have to look beyond the places where things feel comfortable and familiar.

Andy Dexter writes of his concerns that Market Research may have created it’s own echo chamber by ‘creating a complicit ecosystem of willing participants, agencies, and clients – an ecosystem that is potentially deeply flawed in terms of its ability to represent anything other than those who collude in it’.

There are certain elements that ring true for us here at Watch Me Think. The challenges that clients need to be aware of. But forward thinking agencies 😉 are helping them to circumvent this situation by avoiding ‘willing’ participants and panels etc.

Don’t play chess with a pigeon

More on not listening: Dave Trott is on sparkling form writing about why Hillary Clinton lost the election – because ”the pigeon just knocks all the pieces over. Then shits all over the board. Then struts around like it won”.

Discover what people are not doing (if you’re doing it at all?)

Siamack Salari writes about why you should research: to understand what is happening. That, according to his old boss at JWT, where the insights lie was in what isn’t happening or what nearly happens.

Less concisely, this older article on the potential solutions for turning consumer insights into growth popped up again over Christmas . It has some interesting tasks to establish whether your company is introverted or extroverted when it comes to insights.

Firstly, why our brains can recall pictures better than words (and which animal we share this with), and second: one of the most powerful ads we’ve ever seen – which makes a point about observation very impressively (we won’t say any more, but you’ll know why we like it after you’ve watched it).

Australia seems buoyed by the fact that 26% of consumers agreed they would “consider doing some of my grocery shopping on the internet in the next 12 months”.

However, there was a disparity between the proportion of grocery buyers who say they’d consider doing their shopping online vs those who actually went on to do so. Why? People magicked up the reason that it was down to the problems some folks had in putting the sentiment into practice.

However, could the disparity exist because future behaviour can only be based on what is known today. People can think they know what they’ll do, but they don’t really know.

“Would you consider doing some of your grocery shopping in the next 12 months?”

Yes. I’d consider it, but I might never do it.

Helping millennials put the phone down

Lastly, in Simon Sinek’s latest youtube clip he describes how companies are struggling to bring meaningful job satisfaction to millennials. Suggestions included the removal of cell phones in meeting rooms, because it’s hampering relationship forming skills. He goes on to say that ideas happen when our minds wander, and that millennials in particular are losing those moments, so we need to remove the temptation. Worth a try?