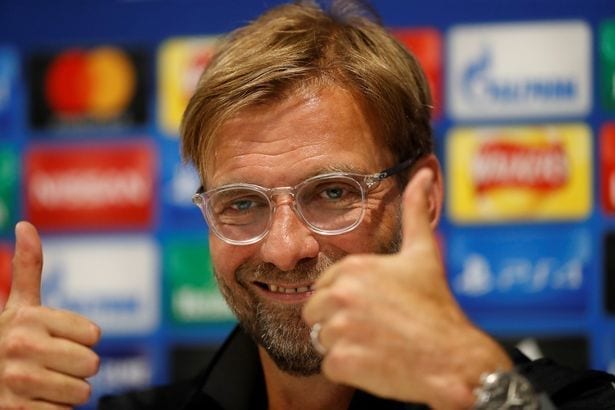 Learning from the best

Pixar tell stories like nobody else can. No matter the film, no matter the audience. They always make us feel something. (Why does a bit of dust always get in my eye during the opening scene of Up?)

They really are the masters of storytelling and here are their 22 rules for doing so.

How about number 14 for starters:

Why must you tell THIS story? What’s the belief burning within you that your story feeds off of? That’s the heart of it.

When you’re stuck, make a list of what WOULDN’T happen next. Lots of times the material to get you unstuck will show up.

Which is actually pretty brilliant life advice as well.

Adam Westbrook also explores how to design stories with narrative drive. He looks in detail at both narrative and visual progression, the latter section is certainly worth a read for anyone creating video content with us.

A Klopp on the back

Last Saturday’s big European soccer final didn’t have a patch on 2005’s Miracle of Istanbul, but there’s no denying Liverpool FC have done well this year – unless you’re part of our Manchester based dev team… So this article on how Liverpool FC used data to bring them to the brink of glory in the English Premier League is really interesting in a Moneyball kind of way.

On the qual side of the coin, Alex Murrell distils 10 rules of qualitative research from Jon Steel’s book Truth, Lies and Advertising. All 10 are very strong, but I really liked the phrase ‘Listen with your eyes’ and also thought rule 4 particularly interesting.

I’d love to be able to speak as clearly and with such knowledge as Scott Galloway. He dissects what Amazon has done and is still doing to retail in the US; the seemingly likely end of J.C. Penney and how the weak are being culled, for example. Galloway is always excellent to watch and someone to follow if you don’t already.

Speaking of Amazon… In this 3 minute read, Farnam Street write up a 6 minute video interview with Jeff Bezos which highlights his 3  big ideas for business success; thinking on a different timescale, putting the customer first and inventing.

The Adcontrarian has published a clip from his talk at NextM in Copenhagen, where he gave a somewhat direct speech on the stupidity of ignoring the most valuable generation in the history of marketing.

He goes on to debunk the myth of ‘younger’ people being ‘more creative’, which also aligns with recent research showing creativity peaking in your 20s, and then again in your 50s. Phew.

A bit creepy, but seriously impressive. Samsung Research and Skolkovo Institute of Science and Technology have been showcasing their machine learning which brings to life still images of people. And in some cases, brings to life paintings (jump to 5m10 if you want to see the Mona Lisa talk).

The researchers’ statement under the video is worth mulling over, but whatever your thoughts on the potential negative effects of this, it’s hard not to be wowed (/ freaked out) by the technology.

Here’s something to make your Friday. It’s an 8 year old drumming along to Good Times, Bad Times by Led Zeppelin. And she absolutely smashes it ? There’s no way you can watch it without smiling.