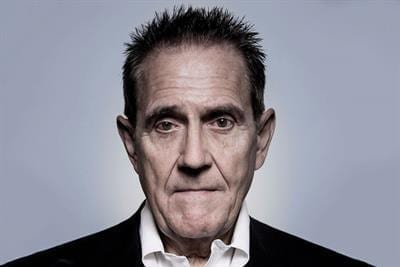 The100: Since when was your life just a stream?

Since when was your life just a stream?

I’m thinking of taking a bunch of 100ers (that includes you) to a new day-seminar called Episodic. It’s is run by the team that put on The Story (my favourite day of the year).

Episodic is on Friday 20th October at Cecil Sharp House in London.  If it interests you, then let me know.

Why are nails scared of Dave Trott? Because he hits them on the head so often.

So here he is again, taking us through the story of a made up town called Agloe that was real. Moral: that reality is what is in consumers’ minds. Not what marketers put in their ads.

What do you do?

How do you answer the question, “what do you do?”

Can you explain it to people?

Go on, give it a try. It’s sometimes harder than you think.

Here’s 13 “fascinating” people try to answer that very simple, yet not so straightforward, question.

What don’t you do?

This article asks if it is unethical not to tell your employer you’ve automated your job. It’s an interesting question, and perhaps one many of us will have to ask in the future, especially in MRX.

What do your staff do?

Now here’s an interesting anecdote – with a usable metric – to help you understand if you’re coming out with decent content or not: do your staff read what you produce?

I’ll give a small bonus to every Watch Me Think employee who mails me by end of day quoting this very sentence back to me.

If I have the guts, I’ll let you know next time how it went 🙂

Or maybe my excuse will be they were just all asleep. Apparently, it’s a good thing, as it makes you more productive.

How about this photography from the New York subway in the 1970s and 1980s.

Or this about location scouting for a Wes Anderson film – magnificent.