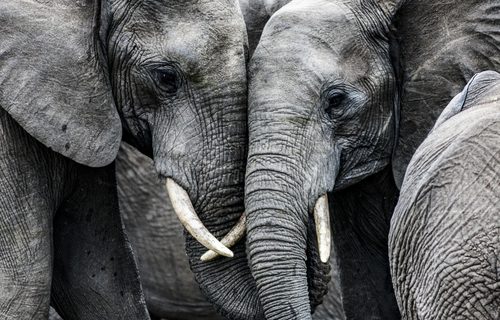 Adam Ferrier writes about why creativity always loses the battle against indifferent consumers.

While we’re strong advocates of research and the commissioning of qualitative and quantitative research, there’s a lot that makes us cynical of the contribution of the focus group in creative development and evaluation.

This links back to the last edition of The100: are we asking too many questions? It is worth considering that sometimes doing research is not always the right answer. (Yes, I know.)

Rob Campbell (who spoke at one of our events) commented:

The issue is that too many marketers abdicate their responsibility to ‘what the research says’. It’s not that research is bad – of course not – but the weight of responsibility placed on it often is.

It has caused quite the debate in the industry, highlighting the famous focus group looking at Apple’s 1984 advert.

Can you guess what the ‘Backstreet Boys reunion tour’ referred to?

Thankfully, not a Backstreet Boys reunion tour. It’s Algospeak: an attempt to vary our language so as to avoid the punishing attentions of an angry algorithm.

In some countries where moderation is heavier, people end up constructing new dialects to communicate. It becomes actual sub languages.

Talking of indecipherable words, Ben Kay wrote about 10 confetti words that are used in every advertising meeting, even though nobody really knows what they mean.

I wrote a similar list many moons ago about things only sales people could say… email me if you’d like to see it.

Who was Dudley Moore?

Continuing last issue’s flexing of the old empathy muscle, Rebecca Makkai has been watching Friends with her 14 year old daughter and documenting what she has had to explain.

I have a 15 year old daughter and I can assure you this works both ways.

On that note, a lovely reader sent me this:

(from the book, ‘Talking to Humans’, Image: Tom Fishburne)

Ben Schott (of Bloomberg) made a 3m video on why we’re experiencing a landslide of logo debranding.

It talks about mobile-first design and how debranding professionalises. It also contains this magnificent sentence:

Many recent debrands represent a return to sobriety after a spasm of software-abetted intoxication.

Russell Davies’s excellent summary on paying and not paying attention led me to this fascinating article on the inner ring of the Internet and how:

The desire to be likeable – to win entrance into the upper echelons of the attention marketplace […] provokes the same reaction from anyone who harbors it: inescapable mediocrity. If you want to be in the Inner Ring, you’ve already lost.

Davies also points to a brilliant suggestion for an afternoon activity courtesy of Ian Leslie… It involves bookshops.

Looking back at the discussion I had with Russell last November (email me if you want the recording), when we were discussing his excellent book ‘Everything I know about life I learnt from PowerPoint’ I asked him… “Are there any plans to bring Interesting [a conference] back?”

He replied “Maybe next year.”

This may have been my first ever scoop. Which I missed.

Russell has now announced that he’s running another Interesting event on the 3rd September. Do everything you can to get a ticket when they come on sale, just look at the topics from 2016!

And final proof that Elephants are far politer than most humans. You’re welcome.