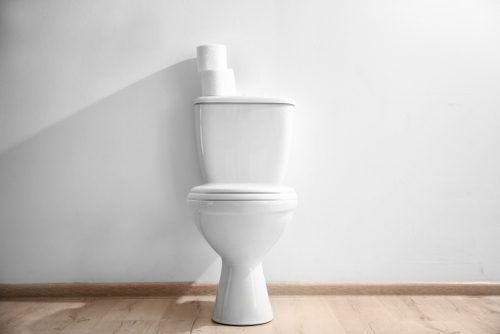 Tim Harford wrote an excellent piece in the FT called ‘What nudge theory got wrong…’.

A collective intake of breath from the behavioural scientists out there:

If your problem is basically that fallible individuals are making bad choices, behavioural science is an excellent solution. If, however, the real problem is not individual but systemic, then nudges are at best limited, and at worst, a harmful diversion.

Behavioural science is all too good at producing perfect icing for the policy cake; practitioners must never forget the cake itself.

Solid advice, and, for loads of examples of behavioural economics, get Ogilvy’s latest annual here. Always very interesting, but I found a few of the case studies challenging.  The ones on countering bread waste seem a little odd. Maybe it’s just me.

Continuing on the flavour of behaviour, Rich Shotton tweeted some data from Uber’s chief economist who said that 60% of people never tip for their Uber ride. It’s a powerful demonstration of how our behaviour varies according to whether we’re being observed or not.

I, yes me, observed an accidental nudge when I was recently in Lisbon. In many restaurants there is no sink in the toilet closet. It is outside the toilet, in full view of all the restaurant’s patrons. During a very delicious lunch, I noticed that not one person avoided washing their hands, knowing they could be watched (and judged) by their fellow diners.

Free will is just your history repackaged

These nudgers aim to make us do things without realising someone is making us do it, but do we constantly nudge ourselves, anyway? Is there any such thing as free will in a world of cause and effect?

Keerti Nair features in the latest Gasp Agency podcast, talking about how marketers should not forget there is merit and value in embracing and understanding the unsexy boring bits of marketing. It’s a great listen, and provides some much needed focus around what the role of a marketer is and where the knowledge gap could be.

Our job as marketers is not to create waves, it’s to ride waves of culture. We can’t be here imposing our views. We are not the same as our consumers. We have to respect the culture, respect the insight we are getting and work with it.

In my podcast with Tom Goodwin, now available to listen in full here, he also poked the Marketing bear:

…our main role is to understand people and to be the voice of them, to represent them, [yet] we think of that as being the thing that we’ll do if we get a time for it. It’s almost seen as being a bit indulgent to do a competitor review by going to a shopping centre. We think it’s a little bit sneaky if we go to a conference that’s about a different discipline and talk to them about what the big issues in economics are. Or go to a triathlon event and speak to people about what their needs for sports drinks really are. We kind of hope that people don’t notice we’ve done that, because we might have trouble with our timesheets, which is completely insane. Actually, it is insane.

Related to the above, this rather excellent piece from Nick Asbury discusses the lost skill of cognitive empathy:

Cognitive empathy should carry no implication of sharing, endorsing, sympathising with, or defending the other person’s point of view. It’s simply the neutral act of seeing that point of view.

Blowing the blahdy doors off is Marie Le Conte asking  why can’t the rest of the UK get over its hatred of London?

In January, a poll conducted by the think tank More in Common found that three in five Britons would like to see London and the south-east “become less wealthy and prosperous” to “reduce inequality between different regions of the UK”. It doesn’t matter that boroughs such as Hackney and Barking & Dagenham are among the most deprived in England. We are London and so we must be a city of bankers, barons and oligarchs, burning £50 notes to keep our mansions warm as everyone else freezes.

And, did you know that whilst London is the most cosmopolitan city in Britain, it is also the most religious and socially conservative city:

25% of Londoners attend a religious service at least once a month; only 10% of people outside London do. London is also the most homophobic city in the UK.

But is London unique in this? I wonder if such attitudes, discrepancies and perceptions hold true across other nations and their respective Capital entourages.

Thinking a profession is a personality (wrong)

“Your career or job should be an extension of you, not vice versa.”

Thinking the worst traffic cameras are the most effective  (wrong)

If they were effective, they’d stop us from doing what they are there to catch us doing.

‘Swimming underwater as far as you can’ seemed to be the overall winner. Love it. But don’t hold your breath (sorry, the pun was there to be had).