The100: Creativity laws, strategy and marmots

Firstly, before we get started, a short notice: if you work with independent qual researchers then please read this – we know things aren’t easy at present, so we’re trying to help where we can.

On a personal note, I hope you and your families are staying well. We drink tea and carry on.

In bricks we trust

Nicolas Colin writes ‘11 notes’ where he discusses a company and their strategy, the most recent being Lego. His point about the strength in a system is particularly interesting:

…McDonald’s, for example, grew big by designing a system, the McDonald’s franchise, that could then be reproduced at will all over the face of the earth. A McDonald’s franchise is controlled by rules so precise that it is practically a piece of software. Write once, run everywhere. Ditto for Wal-Mart. Sam Walton got rich not by being a retailer, but by designing a new kind of store.

And how about the genius of Oatley’s marketing? It’s in stark contrast to reactions to The Moldy Whopper, as examined by System1.

The ad may have bottomed out on its long-term Star Rating, but it’s Spike Rating was extremely high…  it skirts perilously close to suggesting its own brand is contaminated. But most people won’t see the ads or pay much attention to the story – they’ll just be reminded Burger King exists.

So maybe The Moldy Whopper was genius after all.

It’s likely many of you are having to work from home. Some aspects of doing so made me think this is what it could feel like to go independent. If it’s something on your mind, read this list of 101 things you need to know before doing so.

If you are by yourself and need a bit of a boost, Botnet have developed a social network simulator where you’re the only human amongst millions of bots who give you all the love.

Talking of love, Front are trying to help you fall back in love with your inbox. Their universal inbox is designed to centralise customer communication into one place. Could be huge.

A brilliant group of contributors have outlined some Laws of Creativity. Creativity crosses business boundaries, so they’ve gathered eponymous laws from economists, historians, authors and doctors to help influence how we think and thus make better creative decisions.

The only place it would seem that creativity doesn’t have a place is in cartography. 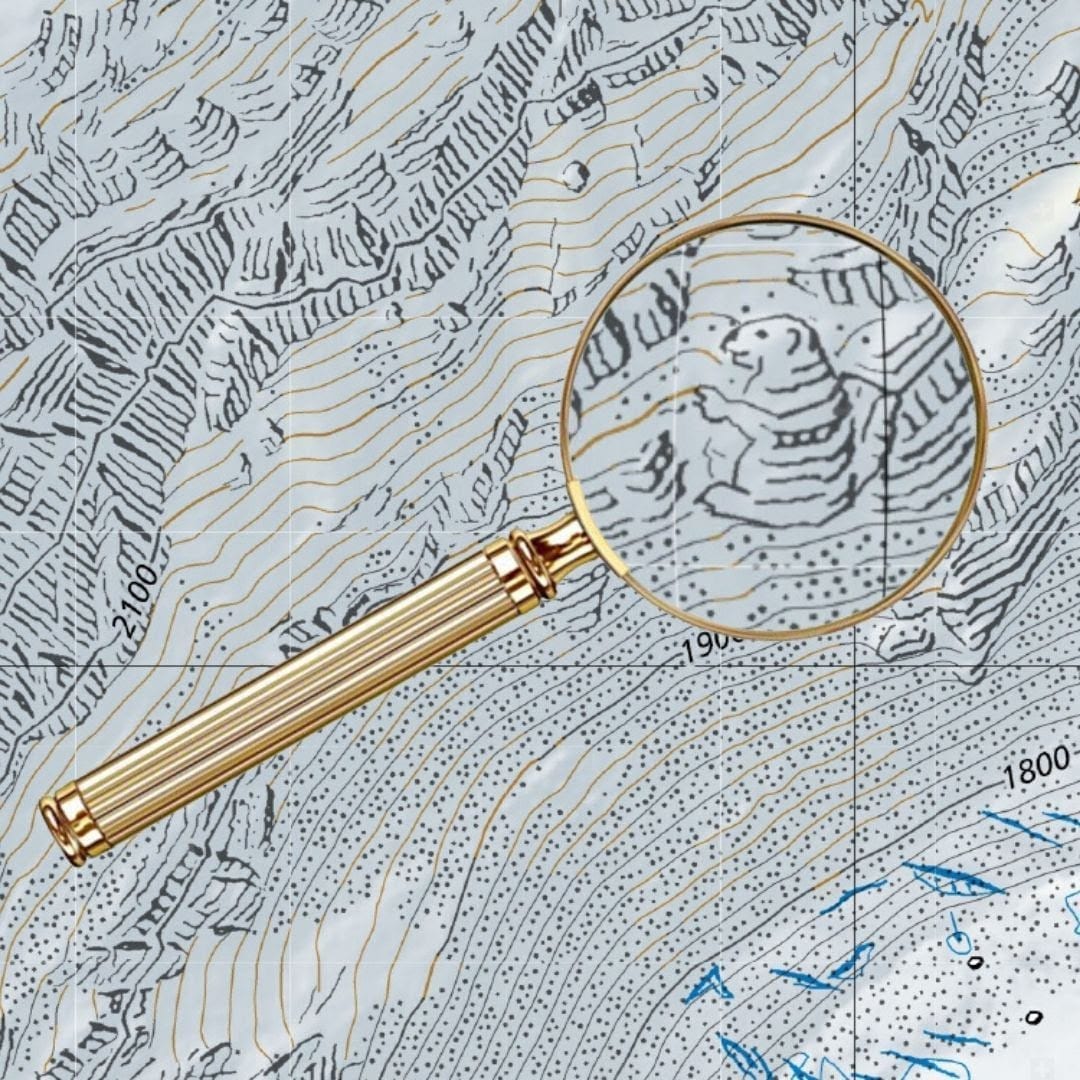 For decades cartographers have been hiding drawings inside Switzerland’s official maps. Some have even been there for over 50 years.

*Cue our Swiss readers scrabbling for their old maps. Please let me know if you find any!

Backs to the future

Unlike Bill Gates who warned us in a 2015 TED Talk that we’re not ready for an outbreak, it seems that storytellers are a mixed bag at foretelling the future, as per this list of stories set in a future now past.

The prediction of cricket dying out sent me into a cold sweat.

As schools close and quarantine measures are introduced, here’s something to hopefully make you smile – how the kids of Wuhan managed to get their homework app disabled.

And the updated Maslow’s hierarchy of needs, which seems to ring very true here in the UK.

P.S. We don’t normally talk about us in The100, but forgive me, these are increasingly challenging times and we do believe we can help:

As mentioned above, we’ve opened up our platform at no-cost to small agencies and independent researchers (for whom the impact of the virus may hit quite hard) so they can complete their projects for you. Full details on how this would work can be found here.

2. Alternative methodologies for your research

We know a lot of companies are suspending all in-person research and transitioning from planned in-person research to on-line/virtual research. That’s fine, that’s what we do. The only methodology we’ve temporarily suspended is our in-store films. However, we suggest this may be exactly the time to look at online shopping alternatives, such as using our screen record+camera approach, given it is where a lot of people are increasingly turning to right now.

3. Things that are carrying on as normal

As Watch Me Think gathers its research digitally, across 51 markets, without any need to meet up with respondents face-to-face, the majority of our approaches are unaffected. These include opportunity identification, UX, consumer diaries, pre-/post-launch testing, and prototype testing.

One area we’re exploring more with clients (which I will write more about next time) is monitoring sentiment and behaviour change more longitudinally so we can observe whether those behaviours remain or whether they go back to normal.