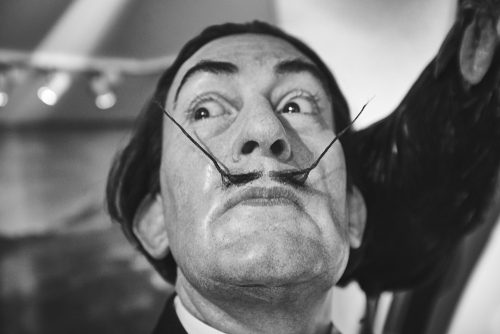 Happy New Year and all that (at what point should we stop saying that?); welcome to another year of poking bears and kicking sandcastles in The100.

Are you sitting comfortably?

Trend predictions are often as much use as an inflatable dartboard. Yet Pinterest may just be onto something with their Pinterest Predicts 2022.

Spacecadet has also compiled more 2022 trend reports than you can shake a tarot card at.

A grand, yet failed social experiment

One of the many phenomena of this Coronacoaster has been the days all blurring into one. Especially so back in the deepest, darkest depths of Lockdown 1.0.

There’s a  theory that pins this on the history of the week.

Rather than being influenced by the sun, moon or a rotation of axes, the 7-day week is grounded in the rituals of history:

We are asserting that a certain number of days, reckoned by uninterrupted counts of seven, separate today from some earlier moment. And because those counts have no prospect of astronomical confirmation or alignment, weeks depend in some sense on meticulous historical recordkeeping. But practically speaking, weekly counts are reinforced by the habits and rituals of other people. When those habits and rituals were radically obscured or altered in 2020, the week itself seemed to unravel.

Falling through the cracks

Being single and living alone is incredibly expensive.

Perhaps that’s not a surprising statement, but the extent to how much more it costs is shocking:

Using various calculations based on housing, health care, taxes, and Social Security income, they estimated that an unmarried woman, making around $40,000 in 2010, could pay almost $500,000 more over her lifetime than a married woman. An unmarried woman making $80,000 could pay more than $1 million.

Are 14 people really looking at that product? Jacob Bergdahl did some digging into website code, and the answer is don’t count on it.

The code simply generates a random number every five seconds. This makes it appear as though people are constantly browsing the website, making it seem lively and busy.

When the penny spoon drops

If you’re in need of a creativity boost, you could try taking a nap à la Salvador Dalí and Thomas Edison.

Visionaries such as Dalí and Edison would hold an object, such as a spoon or a ball, while falling asleep in a chair. As they drifted off, the object would fall, make a noise and wake them up. Having spent a few moments on the brink of unconsciousness, they would be ready to start their work.

And according to the research cited, the technique works.

“If you make mistakes, it means you’re out there doing something.”

The Financial Times is encouraging us to have blame-free discussions about our mistakes at work. Especially during these strange days when many new employees are missing out on valuable learning opportunities, as well as facetime with those more senior to them.

McKinsey, in fact, has started My Rookie Moment to help solve this. It’s a series of videos from the higher ups to help new staff become familiar with the ropes and pulleys.

For centuries, indigenous groups in north-east India have been planting rubber fig trees and training the roots to form bridges. And they’re absolutely spectacular:

Alas, not Alistair – he’s still on his sabbatical. Instead, I come armed with maps. Huzzah!

These ones show the average colour of countries around the world.

Until next time,
Fran