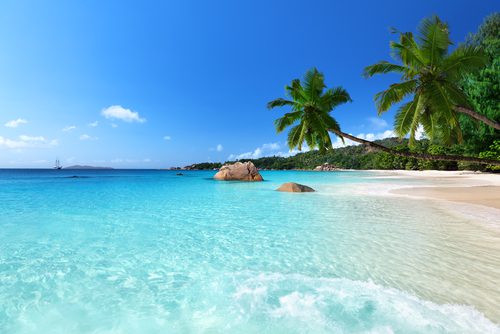 The100: Hedonic adaptation, the curse of knowledge & plastic cheese

Certainly we are evolutionarily wired to notice contrasts, not constants.

Been lucky enough to go on holiday this year?  Wanted to stay there forever?

Well, apparently, that’s not advised. Without any contrast you won’t savour it as much, because you will adapt to the hedonism. Rory Sutherland (via one Mr D Kahneman, esq) suggests working for a day or two in the middle of your holiday, with the effect that you will enjoy your holiday even more.

Indeed, the benefits of contrast can apply to many things, such as technology…

…we should probably react to most new technology by doing more of the new thing and more of another thing which is the opposite of the new thing. Digital music led to an explosion in concert-going and the revival of vinyl.

Now for the rest of your life

Given that I’ve ruined your plans for a life-long-holiday, it’s back to making sure no spare minute in your life is wasted.  Setting those personal goals and achieving objectives.

I’m going to poop that party as well with Oliver Burkeman’s superb article in the FT  (paywall, but worth it) on accepting the impossibility of achieving your every machination (or planning on doing them later).

Life’s duties will never be out of the way […] Spending at least some of your leisure time “wastefully”, focused solely on the pleasure of the experience, is the only way not to waste it.

(His website is full of similar good stuff if you want to avoid the paywall.)

Fred Palard is an ex-rocket scientist, and he’s written a book full of (allegedly) simple tricks on how to be strategic, for example:

Once you flip from a [problem] question to an outcome, once you have visualised the outcome you desire, you work backwards and go, ‘What do we need to do for this to be true?’

There have been a lot of likes/reposts/comments about the Lego pictures depicting data and storytelling. I have multiple issues with it, but most especially the using of completely new blocks (data) to present “the story” …a story that therefore didn’t exist in the original data.

So I had a go myself, using only those blocks that existed in the first picture (all blocks were returned to their 10-year old owner unharmed):

The brilliance in “idiots”

Tim Harford in the FT (told you it’s worth getting past that paywall 🙂 ) writes about the power of putting yourself in someone else’s shoes and the curse of knowledge.

Package designers need a second and third opinion too. I suspect that if the testing company had spent more time watching people like me trying to follow their instructions, they would soon find improvements. My wife agrees. “They just need to hire an idiot and watch him try to figure out the test,” she observed. Then she looked thoughtfully at me.

I’m slightly ashamed to be British as ‘the nation’ revealed its favourite cheese to be plastic slices. However, the survey was done by a UK based takeaway app, ahead of a so-called National Burger Day… so happily, as a good researcher, I’m going to have to question the data.

Gold in them silver screens

Inside America’s derelict movie theatres is a photo essay full of sadness, joy and potential. Yes, I would like to move there, buy one, and live in it forever. Rory Sutherland may advise against (see above).