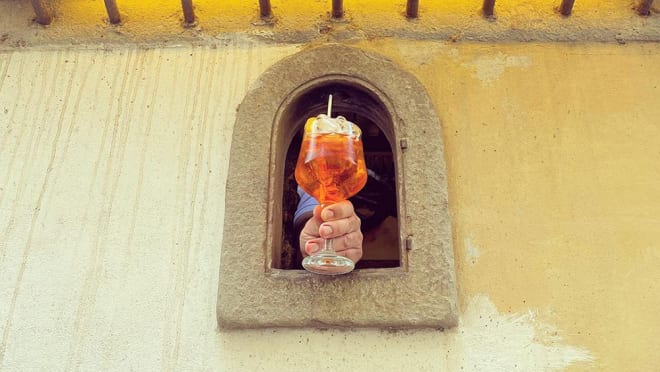 Every year I include an article or two about PowerPoint and every year it’ll be the most clicked. Who am I to ignore such strong appetency?

So, here are The 48 laws of PowerPoint, à la Monsieur Davies.

(To the mischievous amongst you who are considering not clicking the link just to confound my PowerPoint theory – if it weren’t such a good list, I’d do exactly the same.)

In a PowerPoint encore (steady now), Davies has started a shortlist of 10 decks that shook the world.

Glory to The Wiki Man, aka Rory Sutherland, for another masterful piece. This time on  why our greatest inventors are supreme hype makers.

“When it arrived, voice dictation was heavily hyped, but also rubbish. By the time it crossed the threshold of crappiness, it was no longer newsworthy.”

The ability to generate hype alongside meaningful improvement can partially explain the success enjoyed by the likes of Jobs, Musk and the others grazing on fifty-dollar bills in the unicorn paddock.

I’m still working my way through them, but Asana’s project brief template has been the most useful so far.

The business of persuasion

Now this is interesting.

Praveen Vaidyanathan has listed the taglines of the top 700 advertising agencies and TBWAChiatDay ran some analysis on them.

They found the most co-occurring words were ‘great’ and ‘work’, whilst the average number of words used was 5. I also found the ‘you’ shaped hole in the lists of nominal subjects surprising.

Many of them reflect ad-land’s humdrum state.

So why don’t the experienced folk rewrite them? Because, according to Ben Kay, the industry has ditched most of that expertise.

‘Every one of them could improve literally any creative person working today, but it won’t happen. The industry has discarded most of that generation, and most of mine, leaving a younger group that could benefit from the kind of experience that is rarely available.’

I suspect that advertising is not alone in this.

Leigh Thompson, a professor at North Western, has graced us with her 3 tips for negotiating via email:

‘The student managers who received a thumbnail photo of their opponent created more sweet-spot deals in their e-negotiations than those who did not receive the photo… Even more notably, the group who had a photo created sweet-spot deals that totaled $1.68 million more in collective value than the no-photo group’.

Triple history on a Friday

First up, the year 1634 in which the plague swept through Italy.

To avoid contact with clients, wine merchants developed tiny windows through which they could pass their product. Sound familiar? It did to the Florentines too. And now wine windows are making a comeback.

A post shared by OsteriadelleBrache_Firenze (@osteriadellebrache_firenze) on May 9, 2020 at 4:51am PDT

A useless, but interesting fact about fonts. JFK chose the typeface on Air Force One because it resembled an early printed version of the Declaration of Independence. It’s true.

And finally, seeing as it’s the 3 year anniversary this week, the year 2017 and a video showing how similar blockbuster movie trailers are. Class.