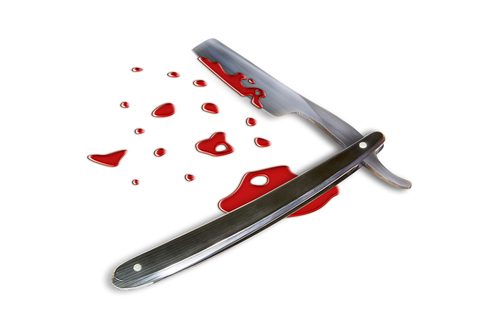 For us insight folk, the route to the mahogany table is via research that is strategic and explains how we’ll make change as a result of the study. But what the heck actually is strategy?

Martin Weigel has sieved through the alphabet soup and built upon the Gray (2018) division of strategy into four working parts: Ends, Ways, Means, and Assumptions. Weigel explains:

Ends were the goals, Ways the actions taken, Means were the resources deployed, and Assumptions were the necessary leaps, imagination, and guesses.

Build it but they still won’t come

Keerti Nair has explained most excellently how marketing is more than just advertising, and argued against a recent article about how Tony’s Chocolonely grew “without spending a penny on marketing”.

We need to reestablish a common understanding of what constitutes marketing which is more outcome focused, i.e., aimed at value creation, making brands famous and distinctive […] evaluate the roles played by all 4Ps in a brand’s value creation before writing off the impact of marketing.

Whilst John Hegarty (ex BBH, bit of legend, likes his wine) has spoken about how globalisation hurts marketing and leads to global ad campaigns which mean nothing.

Prof Jenni Romaniuk of the Ehrenberg-Bass Institute does a wonderful job, as always, of simmering down the complex into the simple (via Praveen Vaidyanathan).

When you’ve got into the room…

For those regular readers of The100, you may well be aware of my utter love for the Economist poster ads of yesteryear. Just glorious.

McDonald’s Famous Orders campaign makes for an interesting case study. One of the Famous Order meals broke the McDonald’s supply chain due to the demand it created. Good pub quiz question. No, not Beyonce. No, not Justin Beiber. Keep guessing…

I would quite happily sit and listen to Rory Sutherland talk about anything. And a recent talk that he gave to Travelport about playing the psychology game is particularly sublime.

We spent 6 billion pounds reducing the journey time of the Eurostar from London to Paris from about 3 hours 20 to 2 hours 40 […] Why don’t we stop looking at the quantity of time and start looking at the quality of time? […] If you want to compete with the airlines, why don’t you just spend 50 million pounds putting wi-fi on the trains? […] Make a journey enjoyable enough and nobody’s that bothered about how long it lasts. Nobody boasts about how fast their cruise ships are.

David Thomas Moore writes about the exocentric verb-noun compound agent noun. Most of these first appeared between 1550 and 1700 and have remained in the language, but almost none have been coined since.

What especially grabs me is how *seedy* these words generally are. Consider the above examples, along with turncoat (traitor), lickspittle (toady), skinflint (miser), turnkey (gaoler), scofflaw (criminal), lackwit (fool), cutthroat (murderer) or sellsword.

Where will the next 1000 babies come from? Find out here.