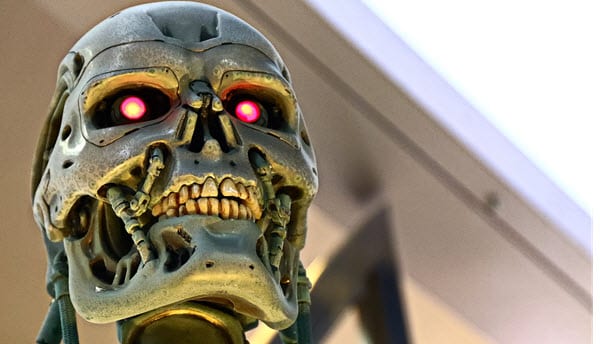 His [Dave] Trott-ness tells the tale of the Indian Mongoose brought in to control the rats in Hawaii. He says it was the right answer to the wrong question:

Properly used, research is about finding out things we never expected, things we didn’t know. Which is why Jon Steel says the proper way to use research is at the beginning of the creative process, before we even write the brief.

Research: just enough, but not too much

Another true great, this time author Neil Gaiman, sharing his top 13 writing tips. One of which says that you should only do just enough research to merit the need:

It’s like you’re a smash-and-grab robber. You are gonna put that brick through the window, then you’re gonna reach in and grab everything that you need and run away and use it, because honestly, you don’t want to spend ten years researching manners and morays in British public schools of the 1870s in order to get your story perfect.

Given we talked about predictions in our last missive, I was wary of bringing it up again… But, on the basis that most of us can’t predict next week,  I’ll make an exception: here’s a range of predictions as to what 2030 might look like. Oh to be a “futurist” so you can spend your day coming up with things like:

And one prediction could be a plot for a film… oh, hang on… they made it already: Terminator.

A deck on how decks should be. Clear. Simple. Kerned.

In particular, I love the point that visual emotion is greater than visually prescriptive. Perfect.

Some really good stuff is being published about this period we find ourselves in.

As a substantial appetizer, you can’t go far wrong with (the mighty) Martin Weigel who says that it’s no surprise only 9% of us want to go back to the ways things were after you remove the veneer of pink tint.

The b*&$3@ pushers just got robbed at economic gunpoint and have been left standing with nothing left in their pockets but their Instagram accounts.

As you’d expect, it is a fantastically written piece.

The Capuchin team have published their findings on a survey of expert marketers, mostly in the UK, on the post-Covid landscape.

It’s encouraging despite the setbacks. It transpires 90% of those surveyed feel there is a lot of opportunity out there. And Customer Insight is still seen to be critical: a ⅓ of respondents aim to maintain spend while a further ¼ expect to increase spend.

And/or you can listen to the “boring, non-sexy one” (his words) about Covid. Get your dose of Ritson here. Entertaining as ever.

Change is a constant, we all know that. But who knew this:

The Insights team at Google have just released a report on the buyer decision process: How people decide what to buy lies in the “messy middle” of the purchase journey.

Food fixes us, possibly in more ways than a dietician will admit to. That’s possibly why our culinary habits often change during a pandemic.

…comfort foods […] are almost invariably bad for us — balms for the soul but never what the body needs, at least not nutritionally. But there’s a paradox therein: In medieval Europe, as in many of the world’s food cultures today, comfort and health were inseparable; pleasure and familiarity were among the guideposts to maintaining the body’s equilibrium, a notion that persisted in popular thought even as medical science transformed over the centuries.

An island of the 3rd order

I’d like to move there – I think it’s just about remote enough.

Can you draw a perfect circle? This enables you to try, and it’s not at all addictive (ahem).