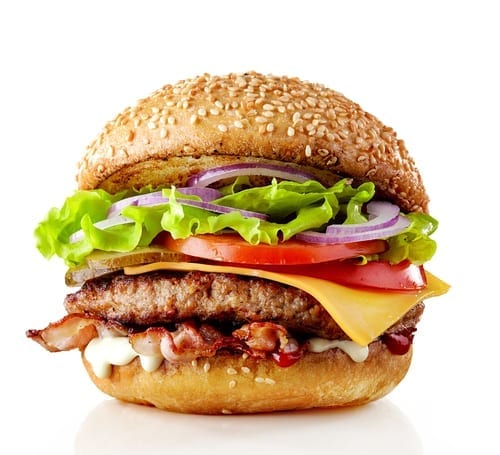 This is not a debate

Marco Del Valle spent 30 days interviewing some of the best debaters to see how we could improve strategy.

Many debaters use the HEEL structure for their arguments, which can also be applied to our own industry:

Handle – Your idea in brief

Explanation – The insights that support it

Examples – Examples that illustrate the insight

Link back – Why this solves the business problem

Another area highlighted by debaters was unrelenting simplicity:

..they, like NIKE and countless other brands who have a huge influence in culture, appreciate the simpler you are, the more powerful you become.

And it would appear fast food chains are inclined to agree.

I think the McDonald’s one just pips it for me.

Duncan Geere has written a brilliant 4 step process on how to identify your audience:

Equally problematic is personas’ focus on the individual, because it ignores the fact that people are social creatures. They belong to communities and are part of influence networks that they use to decide what to watch, read, buy, and pay attention to.

A show becomes popular because a lot of people watch it, and it’s entirely possible that a big chunk of the show’s audience does it not because it reflects their interests or values, but because everyone else they know is watching a show and they do not want to be left out…

Although maybe your audience couldn’t care less anyway. At least that’s what Olly Cooper thinks, having had a little break from the advertising industry. Thanks for the morale boost, Olly ?

… Except to their Google search bar. We let that innocent looking thing in on our true online behaviours, interests, hopes and fears. Most likely on a daily basis.

Search listening can reveal the truth about what people really think, want and do. Type anything into AnswerThePublic, including a brand or company name, and it gives a lovely visualisation of what people are searching for. It uses autocomplete data from search engines like Google to generate phrases and question people are asking around your keyword.

One of our favourite books here at Watch Me Think is Seth Stephens-Davidowitz’s Everybody Lies. He’s an ex Google Data Scientists and reflects on these enormous search data sets and what they tell us about people. You can see him giving a talk on the same subject here.

Podcasts don’t seem to be going away (not that I’m complaining). And brands such as GE, Slack and Shopify are jumping on the proverbial. If you are going to make said jump, have a read of these insights for marketers making podcasts on how to write for audio rather than text.

With an article, you’re putting an entire plate of food down in front of the audience and letting them tuck into that meal on their own time. With a podcast, you’re putting down the plate of food, then plopping down in the chair next to them to spoon feed them every single bite, one tiny bite at a time. Did they swallow? Give them a moment. Maybe add a signpost to be sure. Okay, it’s down. Great! Next bite…

Morgan Housel writes about how, among all the unknowns we’re currently swimming in, there are 2 things we know with high confidence. And how focusing on those knowns is the best way to tread water.

I think it’s important I try to remember this.

Letters Live are a series of events where remarkable letters are read by an eclectic  array of prominent performers. And it’s certainly something to warm the soul – listen to Benedict Cumberbatch reading ‘My dearest one’.

Somewhat less beautiful, but still entertaining, is Rory Stewart reading a scathing letter from the headmaster of Eton College to the parents of one of his pupils. A pupil who is now British Prime Minister.

Using equally cutting feedback, the illustrator Amber Share has taken 1 star reviews of US national parks and made them into posters. “Trees block view and there are too many grey rocks” was the verdict on Yosemite. Made me chuckle.

On a final note, we’ve just launched the IsolaTED talks to help provide a weekly dose of inspiration. Hopefully you received the first one on Tuesday? Next week is the fascinating story of Fraser Doherty, founder of SuperJam.

Tweets by WatchMeThink
Crumbs! We use cookies. Find out more.