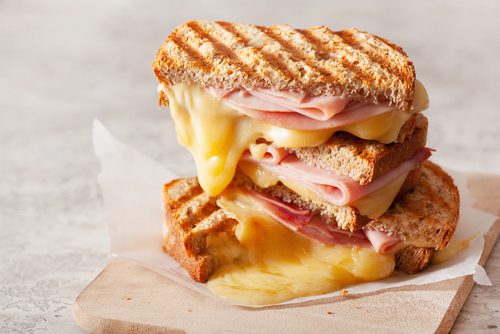 The100: Sonic extinguishers, supply chains and cheese (of course)

I know we’ve all got it but it’s a bit boring now […] I don’t know if it’s the most interesting way to describe it […] Get over it and stop being a w*%ker […] Because you have plenty of evidence that you are good at your craft.

But young Tim, I see your comments and, while I agree, we both may need to look at the negative influence of brilliance-focused fields (fields, such as nuclear physics, where it’s assumed you need raw intellectual ability to succeed) because a couple of rather clever people have used such fields to prove (possibly) that:

…impostor experiences [are] at the intersection of people’s identities and their environments.

And this is unfortunately more true if you are a woman, and amplified even more so if you are an underrepresented ethnic minority woman:

We need to talk about pricing

Would you pay £87 for steak and chips in a pub? It comes with a bordelaise and bearnaise sauce if that would sway your decision?

The Hand & Flowers has caused a frothing of outrage for charging exactly that. But as Chef Ritson says:

The point of pricing is not to ensure everyone thinks something is good value, it is to ensure that the target segment think it. Everyone else is unimportant.

The single most effective way to improve corporate profitability is not to increase unit sales or cut costs. It is to raise prices. Even a single percentage point bestows dramatic fiscal benefits.

Moving off the edge of the map now we have 22 innovations that’ll change the world.

If you were to press me, the sonic extinguisher would be my favourite:

Since sound is made up of pressure waves, it can be used to disrupt the air surrounding a fire, essentially cutting off the supply of oxygen to the fuel. At the right frequency, the fire simply dies out

There’s also been some interesting articles about delayed innovation, from the can opener to the suitcase with wheels.

Kick the tyres and light the fires

Global supply chains are in a bit of a pickle. But why? Wonder no more: Matthew Hockenberry gives you 28 answers.

Oh, and this brilliant parody is worth a watch too.

And when the goods do arrive, this is what goes into an average shift driving a lorry.

Before we go any further in this section, it’s important to point out that European  civilization was built on ham & cheese.

Now I’ve got that off my chest, here are 3 (more) rabbit holes to go down: