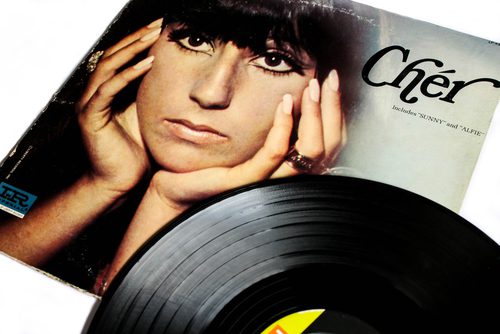 The100: The illusion of research, what is brand and Sriracha sauce

“When in doubt, read Bullmore.”

Tom Darlington starts us off this week with a must read for anyone in Marketing on the brilliance of (Jeremy) Bullmore.

Not only has he covered every topic, but he has done so with clarity, brevity and fertility – qualities often lacking from modern discourse on the subject of brands, business and communication. When faced with a new brief or problem – you could do much worse than to start your thinking by asking what Bullmore has already said on the subject.

I’ve read a lot of Bullmore (and am still learning). However, I hadn’t seen the 46m What is brand film.

He made it with Stephen King (not that one) and it’s absolutely wonderful: exploring the changing relationship between manufacturer, wholesaler, retailer and consumer; and why products are bought (function+ anyone?).

From product success to how market research may be contributing to product failure and what you can do about it. Alex Street argues that:

The year of the Cher

A few weeks ago the @Storythings team (who produce ReThink Quarterly) provided vignettes on what retirement looks like in 2022 for 8 people born in 1946. These brief windows into boomer lives are reality checks on people from strikingly different backgrounds.

We’re close to completing our own study of Boomers, which we’ll soon release to y’all.

The BBC recently rolled out an ad to celebrate its 100th year in broadcasting (and ergo justify the licence fee that all UK television owners have to pay for its existence). There’s no doubt that it’s a lovely bit of editing, but would it really make you go away thinking a licence fee is worth the cost?

In 1985 they made one with John Cleese. I think it’s streets ahead of the new one. It features pretty much everyone who was famous on the BBC at the time (including David Attenborough, who appears in both).

Which do you think lays out the better argument?

Since we’re on memory lane, this is why the 1990s rocked:

Until the 1991 arrival of grunge, the world felt a bit as though culture had exhausted itself, and it was never again going to be possible for an era to feel like an era. The Eighties were the last era we were ever going to get. And then kaboom! The Nineties happened and it was like a drug kicking in.

Amelia Torode (a speaker at one of our events) is an excellent person to follow on Twitter. She often asks great questions which result in a whole range of useful answers for folks like you and me. She recently asked:

What sites/image banks do you use to create non-naff, non Getty Image style presentations?

Anyone that joined us at the end of last year for Russell Davies’s talk on ‘everything I know about life I learned from PowerPoint’ will realise the importance of a good image in a deck. So here are 3 sites that came out of the thread: Unsplash, Pixabay and Shotdeck.

Buildings with something to say

There are a lot out there, but the National Carpet museum (yes, there is such a place) in Azerbaijan should be near the top of any eccentric list. See also The Basket Building in Newark, Ohio; the Department of Fisheries in Hyderabad, India; or this new one that Ridley Scott’s imagination would be proud of: The Museum of the Future.