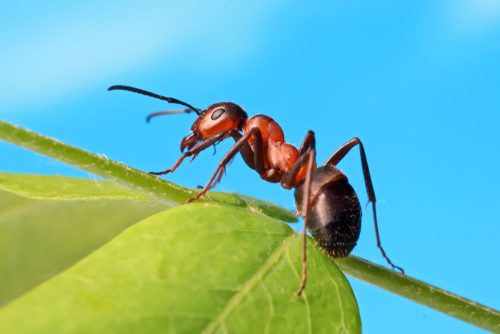 Colin Firth has an effect on me too, Mark

In his latest serving of sense, Mark Ritson has written how the response by brands to the Queen Elizabeth’s death shows how out of touch they are. Ritson suggests:

Escape the befuddled, indoctrinated world of dumb marketers who think the market thinks like them. Think instead like a customer. Don’t imagine yourself in their shoes – such things are impossible. Instead, borrow their shoes through research. Listen and learn.

The brilliant Angela Seits of PMG made a similar point in how researchers are changing the marketing industry.

And nothing but the truth?

There are huge debates on quality encircling the research industry. Enter Richard Shotton with a very timely piece on getting more truthful answers.

I thought this suggestion was a particularly good:

If people think their answers will be assessed for honesty, they’ll be more truthful. So when you’re instructing your survey participants, emphasise that you’re planning to analyse the honesty of responses. The way you do this is up to you – it doesn’t even matter if this analysis is effective at detecting lies – the key thing is to let people know it’ll be happening.

The great, the good and the Boris Johnson

Bruce Daisley has been exploring “resilience” and success. He argues that resilience lies in the collective, not the individual:

I chatted to someone who worked for the United Nations. He said: ‘The first thing we do is look at whether there’s social cohesion. Are there things that bind the people of this country together or push them apart?’ If you’ve got rival groups, schisms within a country, that can become an enemy of social cohesion. And it’s similar with companies – there’s got to be a sense that we’re all in it together.

But be wary of too much success. See the Peter Principle – employees keep getting promoted until they reach their level of incompetence and that is where they stay.

Anyone else terrible at remembering names? I am. And turns out I just wasn’t listening. As Kevin Horsley, a grand master of memory (good job title) says:

And now that you can remember their name, here’s how, according to an investigative journalist, you can get them to tell their secrets: don’t interrupt, don’t counter with stories of your own, express empathy… Did I ever tell you the story of how I talked to lamposts in Pimlico in the vague hope MI6 had them bugged and would offer me a job?

Filmgrab is an archive of film stills. And, aside from being a grand palace of inspiration, makes for a very good pub quiz game. (h/t Frankie Goodwin in Creative Salon)

Speaking of films, I found this quite disturbing. It’s a video essay of Harrison Ford films and the associated predatory romance. When I was watching these as a young boy, I didn’t see this, but now… Jeez.

Nathan Baugh shared 10 simple steps to make you a better storyteller – the last three being talk to a niche, nail the hook, and sell the transformation. It’s good.

Nick Cox, head of Manchester United’s yoot academy, in a 1 minute clip on how to give feedback. It’s got to be regular, honest, helpful and kind. Like that (h/t Russell Davies).

And for loyal readers of The100, you’ll know I love a Venn diagram. So how about this one on the similarities between Brits and ants (Via Thomas.)