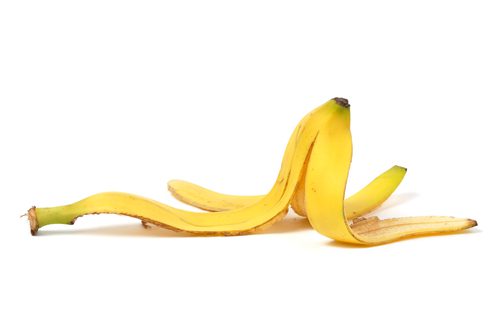 The100: Disruption nonsense, better briefing and the history of avocados

Be brief, be better

A study last year by BetterBriefs caused a core reactor meltdown after finding 80% of marketers consider themselves good at writing ad agency briefs, while just 10% of those agencies agreed. They also found that a third of marketing budgets could be wasted because of bad briefs.

Most interesting for me was that briefs are being used to align brand-side stakeholders, rather than as tight guidance for agency partners:

6 out of 10 marketers admit to using the creative process to clarify the strategy.

Thankfully, BetterBriefs has teamed up with Mark Ritson and the IPA to publish a guide  on writing the best possible agency brief.

How much of this do you think applies to research briefs?

Disrupting the thinking on disruption

Tinder disrupted online dating by offering far more inappropriate partners, but with way less effort. Dyson changed the very dynamics of the vacuum cleaning industry but with a model that was four times more expensive than typical […] So why do we insist on using the words “disruption” as being linked to using a new technology which produces a cheaper competitor from below.

Almost half of CMOs feel this way. Wow.

38% say not having the right tech to consistently deliver valuable insights from data is a hindrance. And 43% say their team spends more time getting data in one place than they do actually using it to make decisions.

In defense of said data, and if you ever need to get into population and demographic data (you must, you must), then bookmark the page. You can literally see history in the shapes and trajectories:

I couldn’t agree more with what a speaker friendly event looks like. Number 3 on the list is so important:

They do not have to send me a deck ahead of time, unless they just want to check the tech side. Many speakers feel better preparing just before an event so that they feel passionate about the subject

Without doubt, the best presentation I ever saw was from one speaker who completely rewrote their deck during the first 6 speakers’ talks and included annotated photos of the other speakers’ slides. It was not only brilliant to watch, but seriously impressive.

The backstory no one tells you

Renowned psychologist, Keith Humphries, has just won an award. And now, generously, he’s written up all of the awards he failed to win previously.

The point of this is NOT that my genius has finally been recognized after serial injustice. Perfectly qualified people won every award that I lost during my Susan Lucci-worthy run of losing. It’s that everyone fails, even the people you think of as winners lose many times.

The avocado survived the Ice Age to become a tropical sensation and take over the world, mainly thanks to an accidental discovery by a destitute Californian mailman.

Next I will slip on a banana skin

Ever seen anything in real life that only happens in cartoons? Some truly excellent replies.

P.S. For any agency folk reading this, I’ve just finished interviewing clients for a paper I am preparing on client/agency relationships. I now need some research agency based volunteers to interrogate interview. Let me know if you’d be up for it?