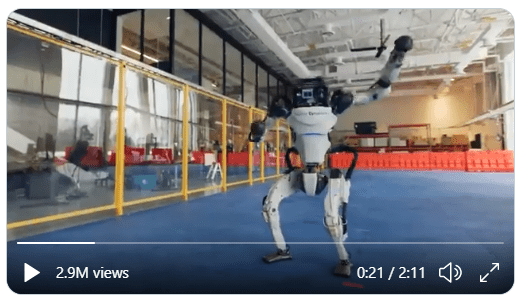 The year of the Rat

Hello again. I hope you managed to enjoy the festive break (remember that?).

First port of call this year is our annual list of the top 10 most clicked articles featured in The100 last year. It’s quite the show.

I also wrote a review of what 2020 was for me if you fancy another look back over the shoulder.

A trip down infamy lane

The legend that is the Hoff (not that one), aka Bob Hoffman, was on spiky form whilst taking his own trip down infamy lane and reviewing his top 10 marketing follies:

The Financial Times reported that in the first 9 months of 2019 Facebook had to remove 5.4 billion (yes, with a b) fake accounts. Assuming the rate of fraud continued into the 4th quarter, this would mean 7.2 billion fake Facebook accounts had to be removed in one year. That’s about one fake account for every man, woman, child, and social media director on earth.

(Bear with me, it could save you money…)

Researchers randomly paired 650 call center sales staff and assigned them to one of 3 conditions to see which had the biggest effect on facilitating the spread of information, as measured by sales revenue.

Condition 1: Workers were simply encouraged to talk about their sales techniques with a randomly chosen partner.

Condition 2: Workers were randomly paired and given incentives to increase joint sales.

The incentivised pairs saw gains in sales during the experiment, but not after.

Whereas a worker who was simply encouraged to chat to their fellow colleague (especially a high performing one) saw significant increases in sales revenues both during and after.

Even those in the joint condition saw little improvement on condition 1 alone.

Incentives based on joint output gains were neither necessary nor sufficient for knowledge transmission.

The office environment has never looked so good, warts and all.

In an equally as interesting article, John Willshire argues that we should instead think and talk about information in terms of light, not liquid.

The nature of a cult

Marketing Week columnist, Colin Lewis has been warning us of the ways in which marketers delude themselves and the cult imposed blinkers many end up wearing.

I try to see my current ideas and decisions as the latest iteration of what I’m learning through direct experiences […] and combining this with reading, observation and research. Drinking the marketing Kool-Aid will not make you a great marketer […] we must deliberately poke around ideas that run counter to our perspective and beliefs.

Speaking of research, last week we said goodbye to the doyen of observation and director of the TV series Up (not the film). It chartered the lives of the same 14 British children every 7 years for 56 years. RIP Michael Apted. You legend.

Scott Galloway had an astounding 2 minutes (well, an astounding 80 minutes really) when discussing the worst advice you’ll ever hear (21:52 – 24:04):

“If someone tells you to follow your passion, it means they’re already rich.”

Genius. My hat is doffed.

Have you ever experienced one of those body jolts as you drift off into sleep and wondered what the heck just happened? Well, it has a name: you had a hypnic jerk.

You can either blame the monkeys or your motor control. I’m sticking with the monkeys.

And you need to watch these robots dancing. Honestly, you really do.