The100: Powerful videos, the trio of doom, and hypnagogic jerks

For millions of years, humans or even higher primates have sat around in circles to discuss things. There’s a reason we call them the knights of the round table, not the knights of conference-style seating.

In this interview, Rory Sutherland addresses the behavioural science behind video conferencing and remote work.

Personally, I’ve had meetings in the last few weeks where it’s clear some people are beginning to see a negative impact in the diminishing of the face-to-face. Rory gives a solution:

With my team, I try and encourage them not to email in the office at all. What’s the point of coming into a building and travelling across London to do something you could do at home? […] When you’re in the office, spend time doing what the office is good for.

Workers pretending to be adults

No matter if you’re on a video conference or face-to-face, there remains no excuse for excessive use of the corporate buzzword.

Does anyone actually say disrupt with a straight face anymore?

The Atlantic argues that it could be risky not to.

In a previous life, I collected over 200 phrases used in meetings or via email – anyone who wants a copy just let me know.

We have to keep rolling the boulder.

Work is stealing our weekends. There is apparently a trio of doom (blimey, is it really that bad?) causing this:

The power of video

Two videos left their mark on me this week.

Firstly, Kimberly-Clark launched an advert for Huggies. They had mums watch back their own parenting and comment on what they see. What you get is fascinating. (Same reason why, last year, we launched our observational method Watch Then Ask – used for opportunity identification, amongst other things.)

Secondly, a video on the impossible standards of being a woman. It’s been well shared, but if you haven’t seen it…

Diageo’s Andrew Geoghegan writes on why the insight industry is in need of renovation. Now we’ve often talked about consumer-centricity. But Andrew makes a clear statement as to how to achieve it:

To become truly consumer-centric as an organisation, you need to tackle the opportunity from two angles. The most important is driving a cultural shift which goes right across the whole business. Secondly, you need a more progressive type of insights or planning department to nurture consumer-centricity.

A good read and spot on IMHO.

On a similar theme, this 4m video of A.G. Lafley (ex CEO, P&G) talks about embracing consumer empathy and putting the consumer first.

The fabulous Richard Huntington on why most advertising is failing to connect:

…because it’s allergic to the real, to the particular and to the personal […]  It’s the quality of our stories that matters. Stories that resonate because they come from real people and speak to real people and not from the faked world of adland cliché that pollutes most of the work we make.

The truth that Bob Geldof found

Meanwhile, Dave Trott writes of perception vs. reality. Looking at what people do vs. what the claim they do. Younger people care more about the environment? Think again.

But if you truly want some reality, daytime TV is one place to get it. Here’s a montage of opening lines from Kilroy (a daytime long-gone UK TV host a la Oprah). I take it in short doses to remind me of how lucky I am. 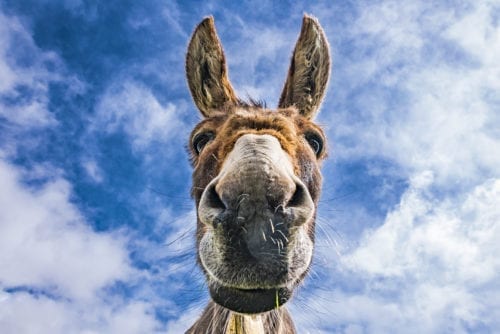 …is just one of 100 (?) little ideas and principles that explain how the world works. Compiled by Morgan Hounsel, you’ll find many gems (not corporate buzzwords) that you may incorporate into your everyday vernacular.

The McNamara Fallacy feels relevant, The Courtesy Bias so many people are guilty of, and finally a slightly different definition of The Empathy Gap than one I have offered previously 😉

Here’s 52 things I learned in 2019 from Kent Hendricks. Did you know that having a younger brother reduces your earnings by 7%? Or what a Hypnagogic jerk is?

Neither did I. Till next time…