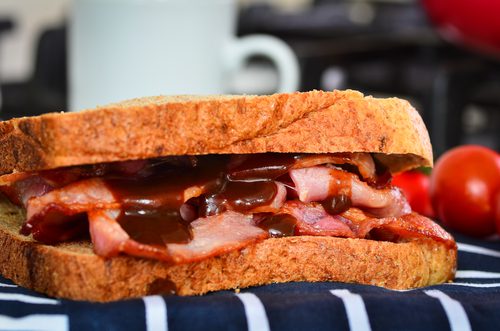 Rory Sutherland (does it again) on how looking at the parts can destroy the value of the whole:

While more use of data, quantification and comparison is always good in theory, it is not always good in practice. For one thing, too much data drives people towards analytical thinking — optimising the individual parts — rather than systems thinking, where you focus on the value of the whole.

And I personally appreciate this little fact-check:

Against the natural order of things

Apparently my reaction to new technology is just because of my age. Here’s the late yet legendary Hitch Hiker Douglas Adams summing it up nicely (h/t Helen Lewis):

One for the wall. Well, mine at least 😉

I’m reluctant for this to turn into a McKinsey Quarterly, but occasionally a few articles on leadership do slip through the net – forgive me.

This one on why empathy is the most important leadership skill was always going to stand out, and anything that links Ted Lasso with leadership is clearly going to appear in my feeds.

Chris Hayes will make you reappraise the internet as he analyses the Era of Mass Fame that we now live in:

‘We have now all been granted a power once reserved for totalitarian governments. A not particularly industrious fourteen-year-old can learn more about a person in a shorter amount of time than a team of K.G.B. agents could have done sixty years ago.

In the same way that electricity went from a luxury enjoyed by the American élite to something just about everyone had, so, too, has fame, or at least being known by strangers, gone from a novelty to a core human experience.

He warns that this form of psychologically destabilising fame is coming for most everyone.

The project of impressing strangers cannot, by definition, sate our desires, but feels close enough to real human connection that we cannot but pursue it in ever more compulsive ways.

Oh those “little squirts of endorphin” have so much to answer for.

An Ahhh for your Errrrs

Sam Conniff who spoke at our last event (next one 13th Oct, if you’re wondering) has curated a 3-part interactive documentary ‘scientifically proven to reduce our fear of the unknown, reduce anxiety, increase empathy and improve decision-making and problem-solving’. I’ve signed up.

Perhaps before you do, why not take the Uncertainty Test to see how well you cope with it.  Annoyingly, I was ‘average’.

No one reading this newsletter will doubt the power of a good story. But if you ever need proof (and a chuckle) show the detractors this gem.

It was one of many adverts featured in Dave Trott’s talk at ZeeMelt on ‘Before there were computers, there were ideas’.

One for your next office quiz?

Keith Fleck has designed a corporate logo for each state of America based on it’s best known brand export. I’m a long way off getting them all.

I’ve been presenting my talk on empathy and innovation recently, and in it there is a great case study on labeling; so when I saw this (a jest) I had to smile:

I’m having a few months off to finish some personal projects, so I’ll be handing The100 reins over to my colleague Fran and her trusty editor. I’ll still be around if needed, but back in the saddle in January.

Until then, keep well, and Happy Halloween, Thanksgiving, Xmas, and New Year.