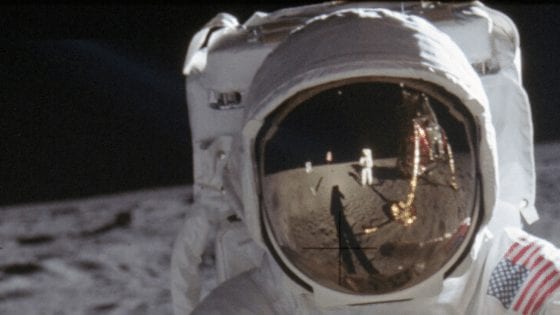 Why do companies and governments call on McKinsey when they could call on McClaren? So asks Rory Sutherland in a typically brilliant piece for the Spectator.

“The reason is that both bureaucrats and businesspeople are heavily attracted to the illusion of certainty. Standard cost-cutting ‘efficiencies’ can usually be ‘proven’ to work in advance; more interesting lines of enquiry come with career-threatening unknowability.”

“We wanted flying cars, we got 140 characters”

Michael Hanlon (in 2014!) made a not-too-dissimilar plea for embracing risk when he proposed that genuine, startling progress in science and tech had pretty much come to a halt since (his term) the Golden Quarter of 1945-1971. 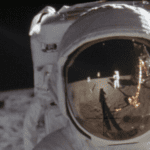 “Many of the achievements of the Golden Quarter just wouldn’t be attempted now […] Apollo almost certainly couldn’t happen today. That’s not because people aren’t interested in going to the Moon any more, but because the risk – calculated at a couple-of-per-cent chance of astronauts dying – would be unacceptable.”

Perhaps our current predicament will kickstart a new Golden Quarter, with the likes of McClaren in pole position? It’s an argument Larry Clark makes as he explains the 4 key shifts that occur during a crisis, which in turn fosters new thinking.

Our times may not be golden, but we’ve still got a few bright sparks around… Earlier this year the Harvard Business Review interviewed Elon Musk and his co-founder J.B. Straubel on Tesla’s innovation strategy.

They found Tesla to be a master of building innovation capital: a combination of who you are, who you know, what you’ve done, and your impression amplifiers.

And whilst the great creators often seem so intimidatingly brilliant, it’s important to remember they all had to start somewhere. Josh Spector has listed the 10 first creations of famous figures. This includes Seth Godin’s first blog post, Seth Rogan’s first standup performance, and a certain frog’s debut appearance.

Richard Shotton (who will soon feature in our isolaTED talks) has explained how buying patterns are affected by disruptions.

There are 2 reasons for this, he says:

So given our current predicament:

Right then. Since now, more than ever, is the time to be investing in marketing, how best do we do that?

Orlando Wood, Chief Innovation Officer of System1, has written a paper on what ads should look like in the time of recession. Answer: right-brain-advertising will work best.

While Mark Ritson (try keeping him quiet) has also thrown his hat into the mix and explained how generic ads are a complete waste of time.

Alternatively, if done respectfully, Animal Crossing is an emerging channel for brands. The latest version of the game, New Horizons,  sold 1.88m copies in 3 days in Japan.

“Some [Animal Crossing players] have invented what can only be described as a pixelated knockoff market, reproducing real pieces from the likes of Chanel, Gucci and Supreme […] But since the popularity of New Horizons catapulted Animal Crossing into the zeitgeist, a number of companies have produced their own ’official’ lines of clothing.”

Microsoft has concluded the great 2-space debate. And they’ve  come down on the side of us 1-spacers.

And onto the other kind of space, where apparently NASA is working to keep cats from commanding spaceships. Funny.

When to call your parents

Lastly, blasting back in time, a short clip from the US version of Who Wants to Be a Millionaire. This is how to truly own a moment. Watch till the end (trust me).

PS Anyone else getting Zoom fatigue? For someone whose business is video, I am angling towards the telephone in these times. If you fancy a non-video chat, let me know. And if you are using video chat, beware the books behind you. Genius.

PPS Friend of Watch Me Think, Dan Thwaites, is looking for expert opinions on post-pandemic planning. Please fill in this 5-10 mins survey if you’d like to contribute. Dan will send you the insights report that comes out of it.

PPPS Thank you for reading the PSs 🙂