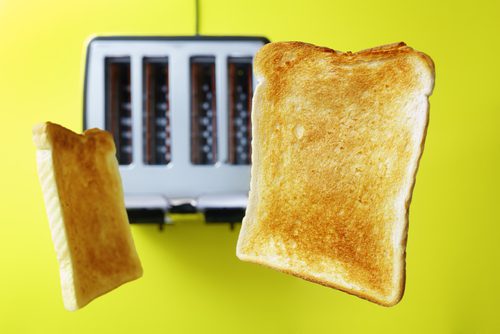 The100: Timing with toasters, the illusion of certainty & Peppa Pig

This 101 on user needs is excellent.  It contains (and links to) all you need to know.  The test to see if you’ve found a valid user need?

If you showed it to a user, would they recognise it as their need?

Is it written with words real users use?

Does it describe the problem rather than the solution?

Will it stay the same regardless of changes to technology, policy and existing services?

Does it help you organise and prioritise work?

Speakery notes is a podcast by Marcus John Henry Brown. In his latest edition he interviews Mark Earls (aka the Herdmeister). It’s a very entertaining 52 minutes on the subject of speaking-at-events.

Love the idea of using a Toaster for timing (I might use that at our next event). And the discussion about cultural variances/assumptions when speaking around the world is invaluable.

For anyone who gets up on stage or who has plans to do so at some point, the gentlemen also share some of the things that have worked incredibly well on stage for them (at our last event the Herdmesiter had everyone dancing like Elvis – quite the vision).

The cultural attache is a Pig

Speaking of cultural variances, it appears that excessive watching of Peppa Pig during the lockdown in the US has led to children acting more British.

Youngsters across the U.S. are surprising their parents with talk of petrol stations and mince pies.

As someone who has watched more than his fair share of this particular creative incarnation, I admit there are some enjoyable and legendary one liners uttered with a large helping of sass.  Any of our US readers out there noticed changes in their kid’s speech? Or (the horror) them calling soccer “football”? 😉

I thought Bruce Clark described financial terminology for marketers with accuracy. It certainly helped me. And it’s always worth watching the exact instructions challenge. For anyone home alone with the kids it does pass a few minutes. Funny.

Rob Campbell shared the 9 guidelines when writing the RoadRunner and Coyote cartoons. My favourite is:

9. The Coyote is always more humiliated than harmed by his failures.

But as Rob suggests, the genius lies in the fact that they can maintain consistency of experience in the world of Wile E. Coyote with just 9 clear rules. How many brands can say that?

The security blanket of research

It’s Mr Trott again: this time telling a paradigm on the desire for certainty.

He says that one of the planners at BMP summarised it well;

These 50 changed entertainment marketing, and there are some absolute belters in there.